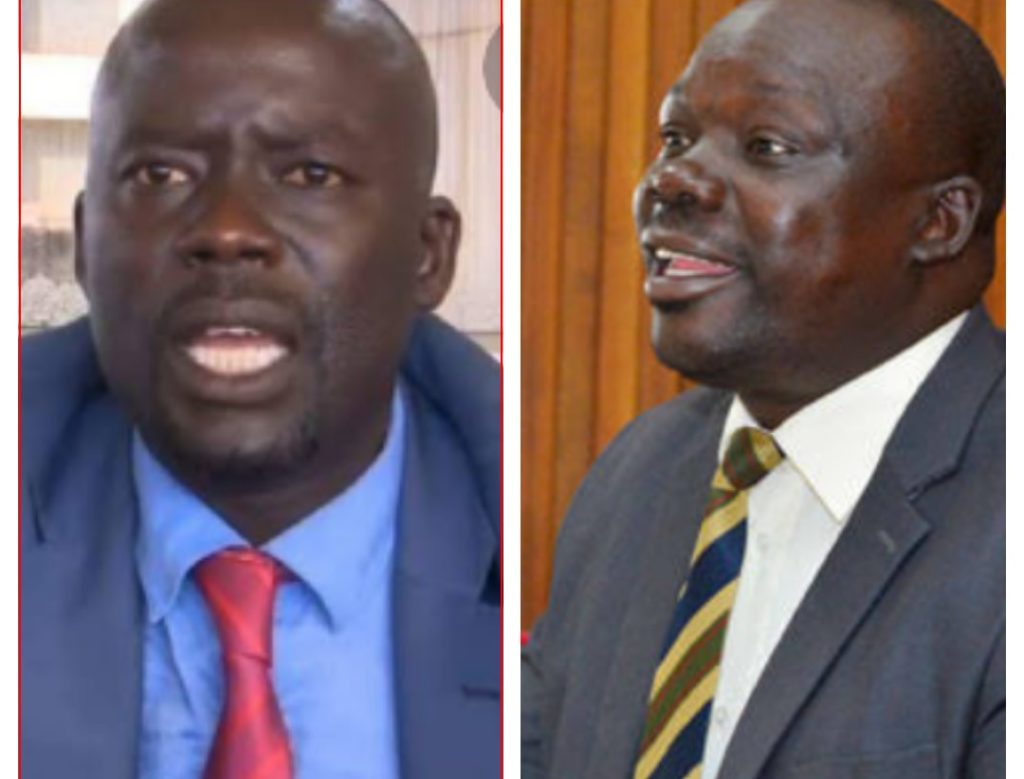 Arru county Member of Parliament Odonga Otto has literally resurrected following a blackout that occurred to him after Kilak North MP Anthony Akol punched him to pulp on Thursday, at Parliament.

The two legislators engaged in a fist fight after reportedly disagreeing over money that was given to people in Amuru district by government as compensation for being evicted from their land.

While commenting about the thorough beating he received from Akol, Odonga Otto tweeted thus;”I am out of danger I am out of hospital safe and sound. What remains is to defend the land rights of our people I will do soo to that last drop of my blood and sweat.”

He added that “My body may we weakened but my soul is stronger. Those who dare our land should wait for ancestral wrath.”However, on his part, Akol said he didn’t punch Odonga.

Akol bragged that he just gave Odonga Otto a few slaps after he kicked his leg and that if he had punched him, the man from Arru county would be a gone case