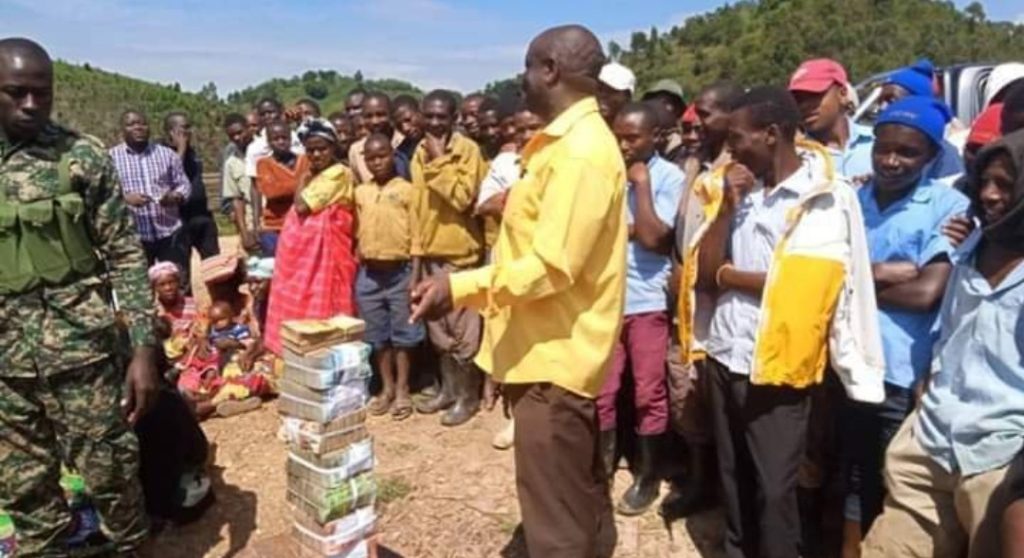 John Kamara Ninzeyimana, the Member of Parliament for Bufumbira county in Kisoro district, has arguably become the new ‘Bryan White’, after deciding to splash millions on his voters.

Our Moles have learnt that over the weekend Ninzeyimana, of the National Resistance Movement (NRM), made his supporters line up for what he called a special Christmas package.

It is said that he put bundles of money on a table and started dishing of out to voters one by one.

At the end of the day the over 200 voters were all singing praises for Ninzeyimana and promising to add him another Kisanja come  2021.

Nizeyimana  was  on the spot a few months ago for allegedly aiding a murder suspect escape from police detention.
Ninzeyimana was accused of allegedly aiding a suspect who had been detained at Kisoro Police Station in connection with the death of a 59-year-old man.

It is said that the MP who was in the company of four army escorts, stormed the police post and ordered police officers who were on duty, to release the suspect, whom he  later drove away with.