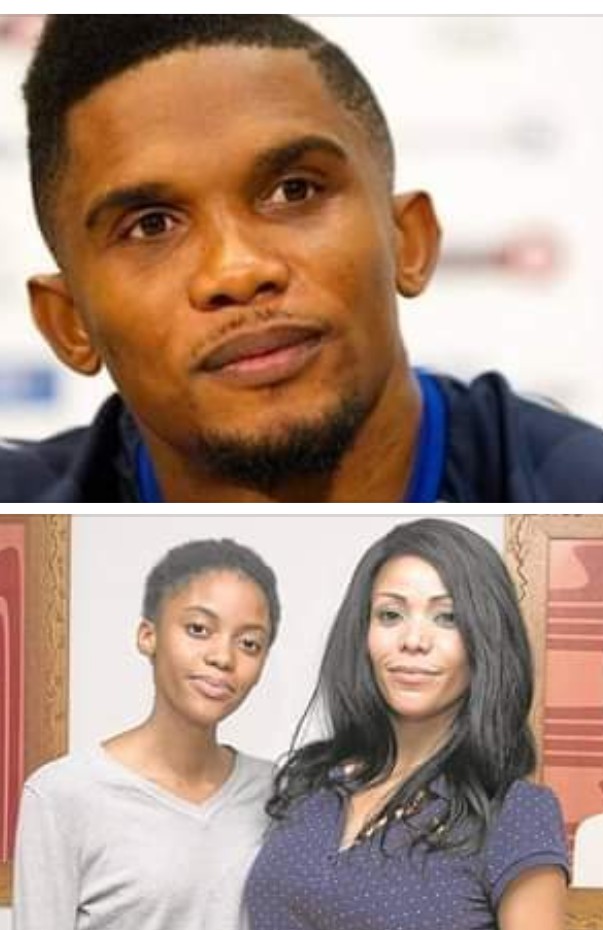 Former Chelsea and Barcelona striker Samuel Eto’o is being threatened with jail by the mother of his child.

The retired Cameroonian footballer was recognised as the biological father of 17-year-old Annie Eto’o Barranca, following a paternity case in the city of Palma, Spain, in 2004.
Annie’s mother, an Italian woman named Anna Maria Barranca, claims she met Eto’o at a petrol station before their romance started at a nightclub in Palma, where she worked.

The pair are said to have been in a relationship for three months when Barranca saw the retired footballer with another woman and called things off.

Barranca spoke with Spanish newspaper La Vanguardia about her relationship with Eto’o, claiming that after she told him she was pregnant he offered to ‘help [her] with the abortion’. Eto’o is said not to have offered anything else.

Despite the court’s ruling in 2015, Eto’o has reportedly failed to make a single payment towards his child’s upbringing. Annie studies Fashion Design and wants to go to Milan University to continue her education.
The absence of alimony payments has prompted Barranca to file a lawsuit requesting the former Real Madrid striker go to jail for his negligence.

The case comes as student Erika do Rosario, 19, also claims she is the footballer’s biological daughter, after her mother Adileusa do Rosario, 39, met him in the Spanish capital in 1997, when Eto’o was at Leganes on loan from Real Madrid.

According to reports, the former footballer has been summoned by a Spanish court several times but has yet to show up. Eto’o was set to have his paternity trial in the case of do Rosario on February 3, but he did not show up in court.

Eto’o was ordered to pay €1,400 (£1,266) to the teen every month until his trial date, but it is unclear if he has followed through with the payments.

The footballer retired last year after more than 20 years on the pitch. Throughout his career he played for 11 teams and won 18 club and national team trophies, as well as numerous individual awards.

Eto’o is married to Georgette Eto’o, with whom he has three daughters; Sienna, Lynn and Maelle. He is also father of footballer Etienne Eto’o.