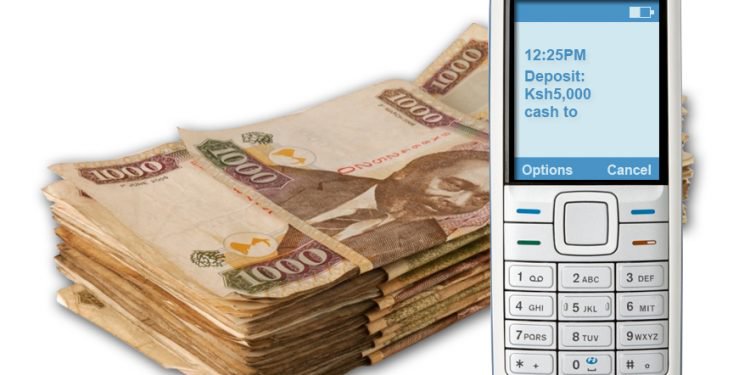 Over the past 10 years mobile-based lending has grown in Kenya. Some estimates put the number of mobile lending platforms at 49. The industry is largely unregulated but includes major financial players.

These lending services have been made possible by the ballooning financial technology (fintech) industry.

Since the early 2000s, Kenya has been touted as a centre of technological innovation from which novel financial offerings have emerged. Mobile company Safaricom’s M-Pesa is a well-known example.

It is no surprise, therefore, that technology and unregulated lending have developed together so strongly in Kenya.

The speed and ease of access to credit through mobile applications has caused many borrowers to become heavily indebted.

The digital loan services appear to be bridging the gap for Kenyans who don’t have formal bank accounts, or whose incomes are not stable enough to borrow from formal financial institutions.

These services have improved access to loans, but there are questions about whether the poor are being abused in the process.

A survey released earlier this year showed that formal financial inclusion – access to financial products and services – had increased from 27% of Kenya’s population in 2006 to 83%.

Mobile money services have benefited many people who would otherwise have remained unbanked.

These include the poor, the youth, and women.

The next logical step was to make loans available. The first mobile loans were issued in 2012 by Safaricom through M-Pesa.

In 2017, the financial inclusion organization Financial Sector Deepening Kenya reported that the majority of Kenyans access digital credit for business purposes such as investing and paying salaries, and to meet everyday household needs.

The implications of these findings are two-fold. Digital credit can help small enterprises to scale and to manage their daily cash flow. It can also help households cope with things like medical emergencies.

Up to 35% of borrowing is for consumption, including household needs, and airtime but not for business or emergency needs

But, as the figure shows, 35% of borrowing is for consumption, including ordinary household needs, airtime and personal or household goods.

These are not the business or emergency needs envisaged by many in the investment world as a use for digital credit.

Only 37% of borrowers reported using digital credit for business, and 7% used it for emergencies.

Many in the development world thought this figure would be much higher. Second, the speed and ease of access to credit through mobile applications has caused many borrowers to become heavily indebted.

In Kenya, at least one out of every five borrowers struggles to repay their loan.

This is double the rate of non-performing commercial loans in conventional banking.

Despite their small size, mobile loans are often very expensive. Interest rates are high – some as high as 43% – and borrowers are charged for late payments.

It’s not always clear to customers what they will have to pay in fees and interest rates or what other terms they have agreed to.

The model has been accused of making borrowers unknowingly surrender important parts of their personal data to third parties and waive their rights to dignity.

Concerns and remedies
There are concerns about how the business model may make people even more vulnerable.

The most prominent is the debt culture that has become a byproduct of mobile-based lending: borrowers fall into the trap of living on loans and accumulating bad debt.

So, what can be done to improve the system so that everyone benefits?

First, even though digital loans are low value, they may represent a significant share of the borrowers’ income. This means they will struggle to repay them.

Overall, the use of high-cost, short-term credit primarily for consumption, coupled with penalties for late repayments and defaults, suggests that mobile-based lenders should take a more cautious approach to the development of digital credit markets.

Under current law, the Central Bank of Kenya regulates only the first two members of this list. So they should both be subject to the interest rate cap that was introduced in 2016.

Third, and closely related to the point above, is the issue of disclosure.

Borrowers often take loans without fully understanding the terms and conditions. Disclosures should include key terms and all conditions for the lending products, such as costs of the loan, transaction fees on failed loans, bundled products (services offered and charged for in tandem with the loan) and any other borrower responsibilities.

Fourth, with 49 digital lending platforms it is imperative that the lenders are monitored and evaluated for viability and compliance.

Many mobile lending platforms are privately held (and some are foreign-owned) and are not subject to public disclosure laws.

Finally, changes to the current digital credit system across all the lending categories – prudential, non-prudential, registered and informal entities – are needed.

An obvious failure of the system allows borrowers to seek funds from several platforms at the same time, creating a “borrow from Peter to pay Paul” scenario.

At the same time the country’s Credit Reference Bureau has been faulted for occasionally basing its reports on incomplete data.