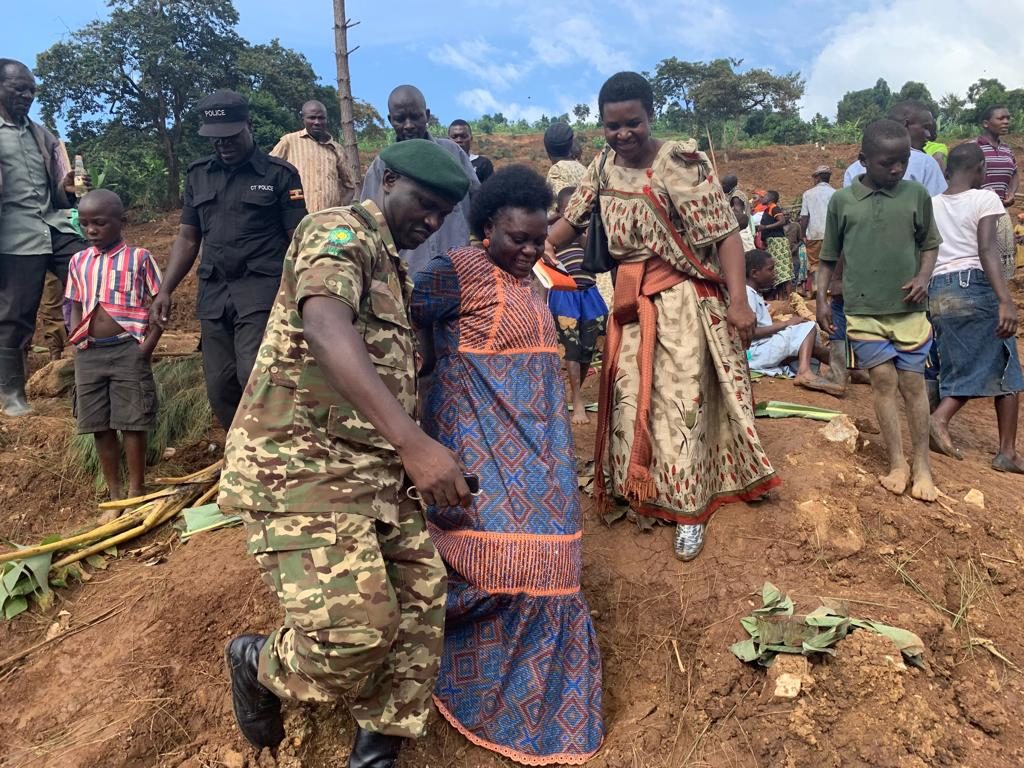 The State Minister for health Sarah Opendi has today visited victims of last week’s mudslides in Bududa district, where she condoled with relatives of the deceased.

The Minister has led a rescue team with relief items to people who were affected by the mudslides which affected several parts of Bududa district.

During their visit four more bodies were retrieved,  bringing the number to 13, after the 9 recovered last week.

However, Opendi said that as of now 23 people still missing and a search party has already been commissioned to hunt for them, although they are feared to have been buried alive by the mudslides.

Severe mudslides ravaged Bududa and Sironko districts  last week as result of the heavy rains in Eastern Uganda and other parts of the country, leaving scores dead and several others missing.