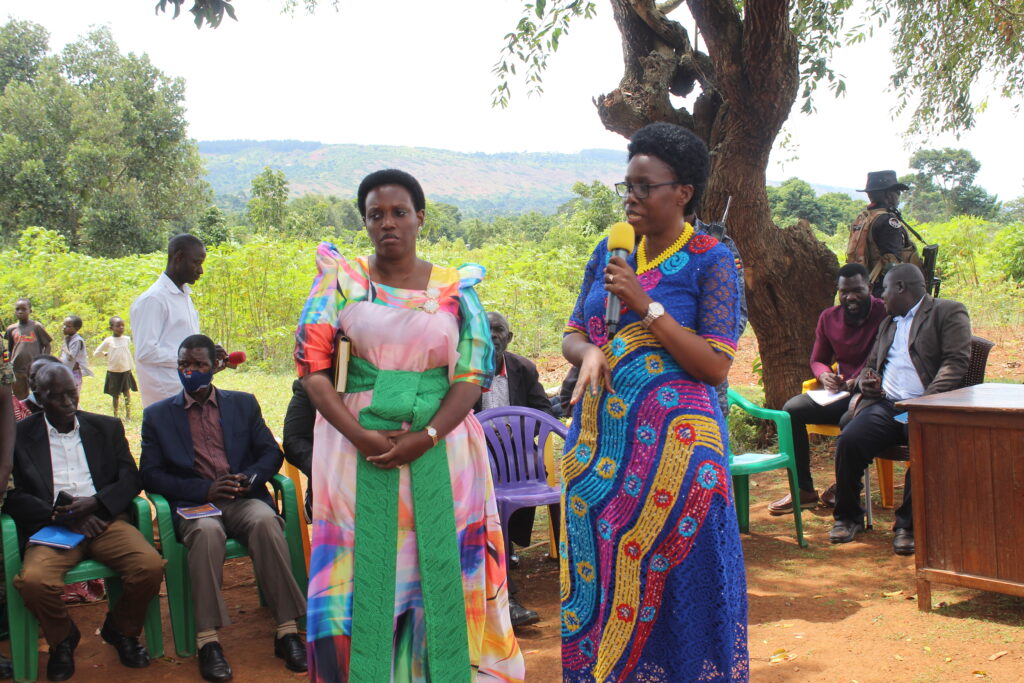 The land titles in Kidadili villages were in the names of Henry Kimuli, Twaha Kasozi and Senfuma Robert who have been keeping the residents on tension as they will be evicted from their bibanja at any time, and the bibanja owners have also been ordered to apply for land at the district.

Residents have accused the district officials and the Buikwe Land Commission of not caring about the common man but minding about the rich from other areas and giving them land titles leaving them surfer without land titles.

The Buikwe chairman Jimmy Kanabi urged the government to consider adequate funding for land commissions to overcome the current turmoil.

”Hon minister I suggest that land boards on all levels be awarded with salaries, it’s not fair for them to transact land deals worth billions when they earn nothing” said Kanaabi.

Buikwe Women MP and minister of state in the vice president’s office Diana Mutasingwa urged the Buikwe land commission to do its job with integrity rather than focusing on the rich.

Therefore Nabakooba ordered the cancellation of the four titles with 600 acres saying that the titles were acquired illegally, she also ordered other titles in the villages of Bugoba, Bugoba A and C to be cancelled but after thorough investigations.

Nabakooba later visited Kyambogo village in Wakisi division where there are 2 estates namely Mabira Sugar planters and Zitengese where more than 70 farmers are being evicted without being paid by the Departed Asian’s Property Custodian Board.

Hiroma Sabehe Mayanja the member at the divestiture board at the Departed Asian’s Property Custodian Board. Was ordered to verify the validity of the land claim or whether the landowners were paid.

Hiroma said that the land belongs to the custodian board and it was disposed of to the investor named Hared and he paid all the bibanja holders.

Minister Nabakooba said the matter needs to be investigated because the documents brought by the official from the custodian board that they paid the bibanja owners are not clear.