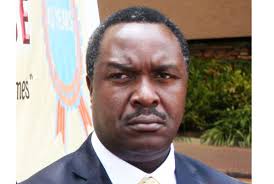 The Cabinet minister for Science, Technology and Information Elioda Tumwesigye, who is also the Sheema Municipality Member of Parliament, is having sleepless nights because of being so heavily indebted that he is begging President Yoweri Museveni for a financial bail out.

Elite News .com has landed on a leaked letter Minister Tumwesigye wrote to Museveni on June 20th,  2019, pleading with the President for financial assistance, such that he can clear off debts worth Shs865m, which he incurred following the campaigns that resulted into his being elected Sheena Municipality MP.

Tumwesigye’s letter to the Museveni partly reads thus;
Your Excellency,
Re: REMINDER ON PLEDGE TO PROVIDE FINANCIAL ASSISTANCE

Allow me to thank you so much for recently giving audience to the delegation from the Russian Federation, myself and staff from the Ministry of Science and Technology. As a follow up, the technical team and myself will travel to Moscow next week.

Permit me also to thank you for reaffirming the pledge to help me financially on the personal discussions you kindly allowed me to have with you on the same day, after concluding the discussion with the above mentioned Russian delegation.

You reaffirmed the pledge to help me settle the debts that accrued from last year’s successful election  of MP Sheema Municipality.

Your Excellency as I informed you then as I had been doing so through many letters of request since September 2018, I borrowed money from Money Lenders and a SACCO and now am under pressure to pay the accumulated principal, interest and  now totaling to Eight hundred and fifty million Shillings (UGX 850m).

Any payment can be credited to my Stanbic Bank Account Nakasero branch,   Account Number 9030006031454. I can also provide details of creditors as appropriate.

Your Excellency, I shall  forever be grateful for your timely rescue. “

However, this comes at a time when Tumwesigye is on the verge of being thrown out of Parliament, after the Constitutional Court ruled that he and five other legislators including Asuman Basalirwa were illegally elected into the August House