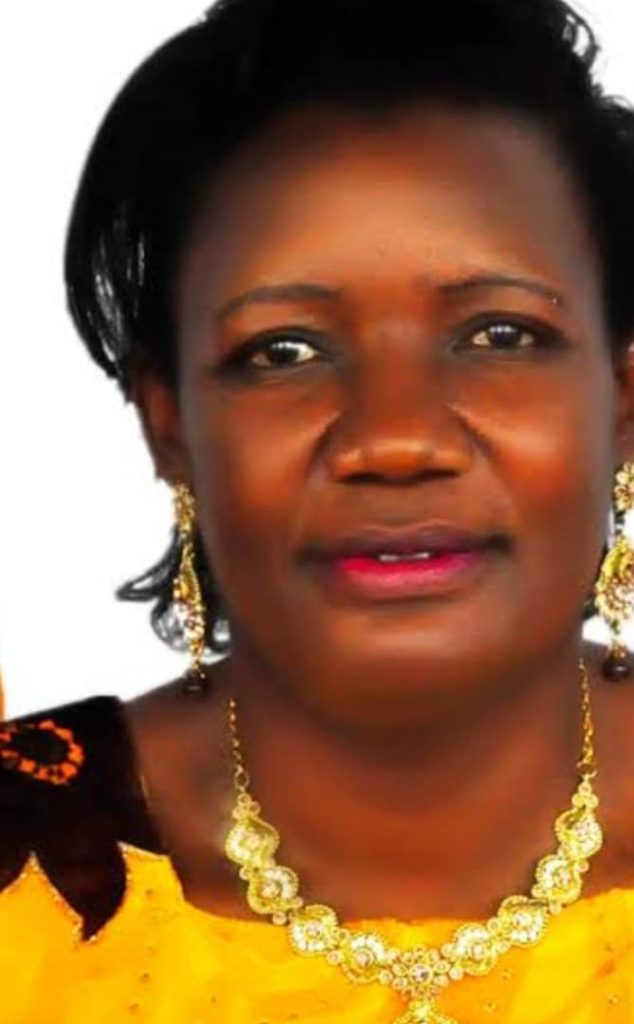 Minister for the Presidency Esther Mbayo has revealed that government  will hold a lecture in memory of Philly Bongole Lutaaya this Friday, to recognise his efforts in fighting HIV/AIDS.

The Minister revealed this in a press statement she released on Wednesday morning, indicating that the Philly Bongole Lutaaya memorial lecture will be held on November 29, 2019, ahead of the World AIDS which is commemorated each year on December 01. Here is Minister Mbayo’s statement in full;

“Good morning members of the Press;I want to begin by saluting your support throughout the year. You have worked closely with my Ministry by regularly covering the work of Uganda AIDS Commission and as a result the public has been given the information it needs on how to prevent HIV and end AIDSas a public health threat. I want to encourage you to keep it up, together we can end AIDS by 2030.December 1st is World AIDS day. As a country, World AIDS day  provides us with an opportunity to review progress that the country  is making under the Presidential Fast Track Initiative on ending AIDSby 2030. The national commemoration for World AIDS Day on Sunday 1st December will be in Kayunga District located in central Uganda. Kayunga was chosen due to high HIV prevalence currently at 7.6%, high presence of most at risk populations including the Fisher-folksand migrant workers, as well as high teenage pregnancy currently at 24%. His Excellency General President Yoweri Museveni, President of the Republic of Uganda is expected to be the Chief Guest at the event and the national theme for World AIDS Day this year is EngagingYoung People to champion the end of new HIV infections.’ Young people continue to be our main focus because they comprise majority of the Ugandan population. Young people (15-24years) are also contribute 34% of new HIV infections annually.Prior to World AIDS Day, we have also organised another high level Public lecture in memory of the Late Philly Bongole Lutaaya. The lecture will be held on Friday 29th December at Imperial Royale hotel and is being organized to recognize the Lutaaya’s selfless effort in breaking the stigma and discrimination around HIV/AIDS.The lecture under the theme “Sustainability of Uganda’s HIV and AIDS response beyond 2020’’ will provide opportunity to explore possibilities of increasing domestic financing for Uganda’s HIV/AIDS response.
The Key note speaker during this event will be Dr. Alex Coutinho is an experienced Global health leader who has  practiced medicine and public health in Africa for the past 35 years. Both of these events provide us with an opportunity to consolidate our efforts in ensuring that we achieve our set targets of ending AIDS as a public health threat by 2030. Despite the progress made so far in reducing new HIV infections, the burden remains very high at about 1000 new infections per week. We are emphasizing the strategy of combining both prevention and Care and treatment. Let everyone  test for HIV to know their status. If they found HIV negative then  avoid all the risks that may predispose you to get infected with HIV. If after testing you are found to be HIV positive then get enrolled on treatment. Everyone needs to know that HIV/AIDS has no cure and the available drugs, although save lives and enable one to be productive and live a near normal life, they are taken for life. Therefore it is always safer to refrain from any form of risky behavior. I also want to remind the  men to embrace HIV testing as the only way of ensuring that they remain healthy. I therefore call upon all Ugandans to adopt a a good health seeking behavior such as HIV testing, counseling, screening for cervical cancer, family planning, exercise, balanced diet among others.I therefore call upon all members of the public to actively participate in these two events, Let us always remember that we have the responsibility of ending AIDS and avoiding HIV. For God and My Country.Hon Esther Mbayo (MP),Minister in Charge of the Presidency”