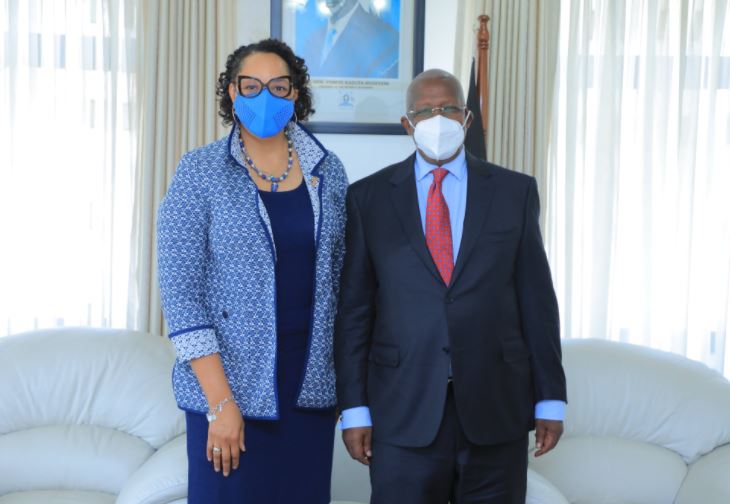 The Minister of Foreign Affairs Hon. Sam Kahamba Kutesa on Tuesday November 17th, 2020 received  the diplomatic credentials of H.E Natalie E. Brown, who landed in the country a few weeks ago.

Amb. Brown handed over her credentials to Min. Kutesa at a scientific function that was held at the Foreign Affairs Ministry in Kampala and attended by a few people who included her entourage from the U.S Mission in Uganda.

During their interaction, the two diplomats shared ideas on areas of mutual cooperation and commitment to work with each other to foster bilateral engagement between the USA and Uganda.

“I look forward to representing the United States in Uganda, and strengthening friendship between our people,” she said.

“It is an honour to represent the American people in the Pearl of Africa.  I look forward to getting to know Uganda better and working to help empower Ugandans to secure a brighter future for themselves and their country.”