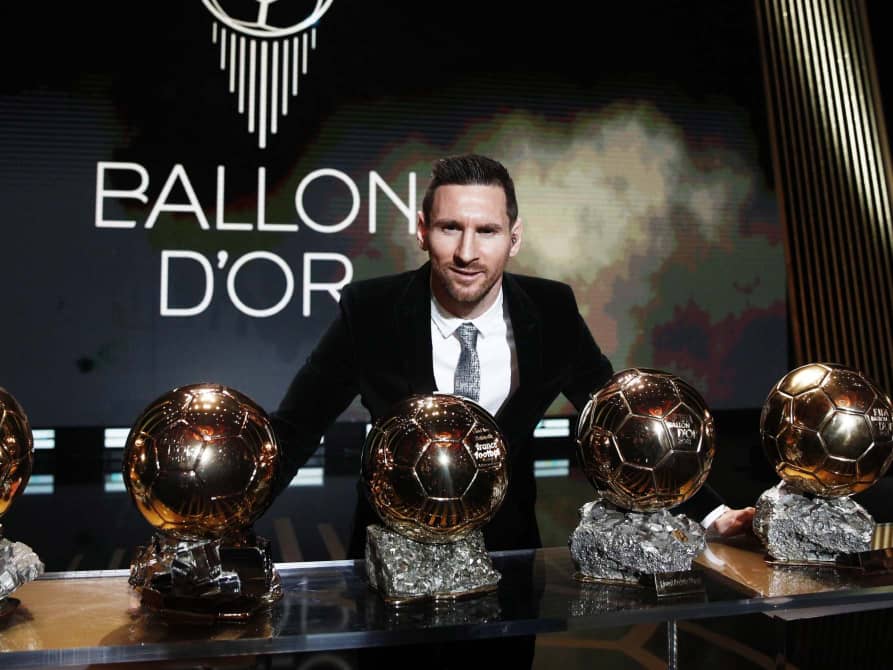 The Argentine said: “Ten years ago I received my first Ballon d’Or, guided by my three brothers.

“And today I receive my sixth, guided by my wife and children.”

“As my wife explained, you must never stop dreaming but always work to improve and continue to enjoy. I am very lucky, I am blessed.”

Dutch centre-back Van Dijk hoped to be the first defender named best player on the planet since Italy’s Fabio Cannavaro in 2006.

Messi’s win means the Ballon d’Or award has been won by a player from Spain’s LaLiga in each of the past ELEVEN YEARS.

Van Dijk said: “You need to respect greatness.  It was an amazing year — but there’s a couple of players who are a bit unnatural.

“I was close but there was someone a bit better.

“I never thought I’d be up for a Ballon d’Or until I was actually nominated.

“It shows a lot about how my career’s been. I came late but never gave up on my dreams.

“I had to work hard every step of the way so to be here makes me so proud.”

Argentine Messi lifted his first Ballon d’Or crown for four years after netting 54 goals for club and country in 2018-19.

Messi, 32, also won the Best FIFA Men’s award in September, while Van Dijk was UEFA’s Men’s Player of the Year.