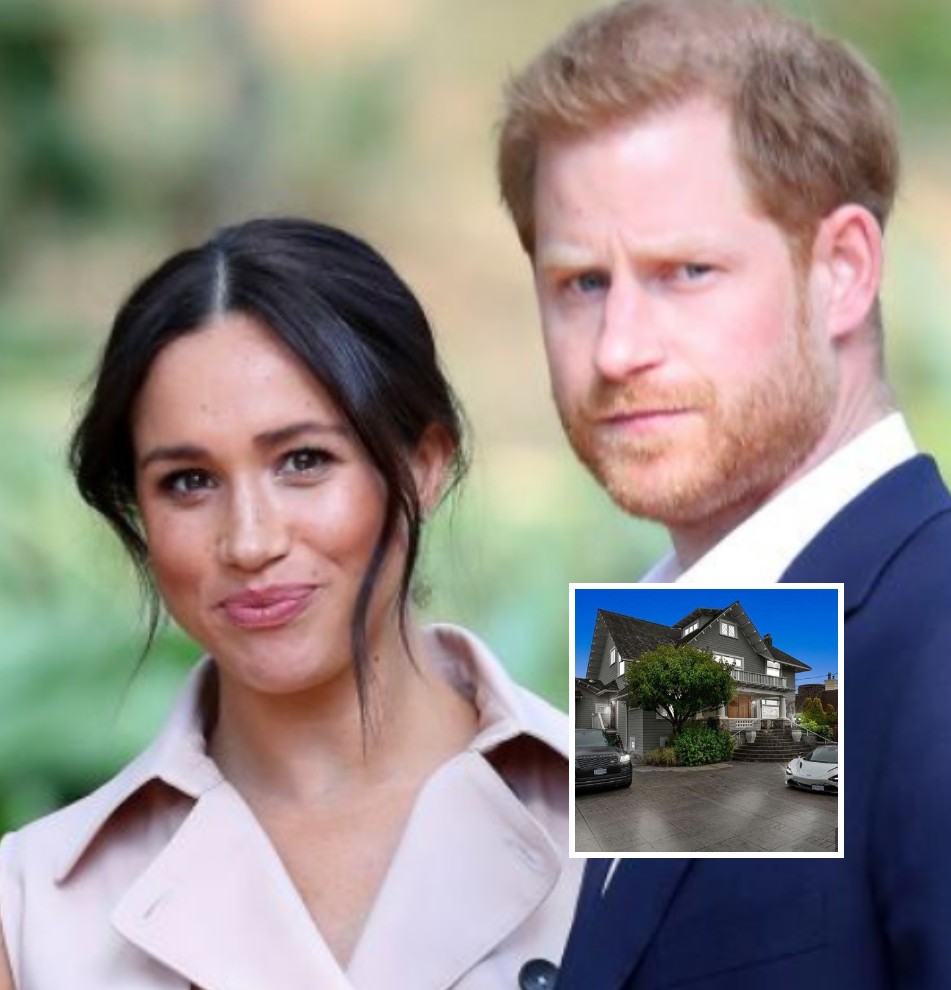 Harry and Meghan would be able to protect their sought-after privacy by the mansion’s gates, tall hedges and 20-foot wall adjacent to the beach. The property is elevated from the beach offering spectacular views

This comes after Harry attended an emergency ‘Megxit’ summit at Sandringham with Prince Charles and Prince William on Monday following the couple’s shocking statement saying they would step back from senior royal duties and split their time between Britain and North America.

The Queen announced – in a deeply personal message – that she had agreed for Meghan and Harry to plough ahead with the move, saying that the couple would have a ‘transition period’ living between the UK and Canada.

A property source told this website that ‘The area is particularly sought after by super-rich and image conscious young achievers.’

Last summer Queen’s aides hit a ‘deadlock’ as they tried to finalise details of Megxit deal and the future of Prince Harry and Meghan Markle after the couple announced plans to quit royal life.
The team who will make Meghan Markle millions: Lawyers, web experts and a ruthless Hollywood PR machine who are set to orchestrate the future of the Duke and Duchess of Sussex.