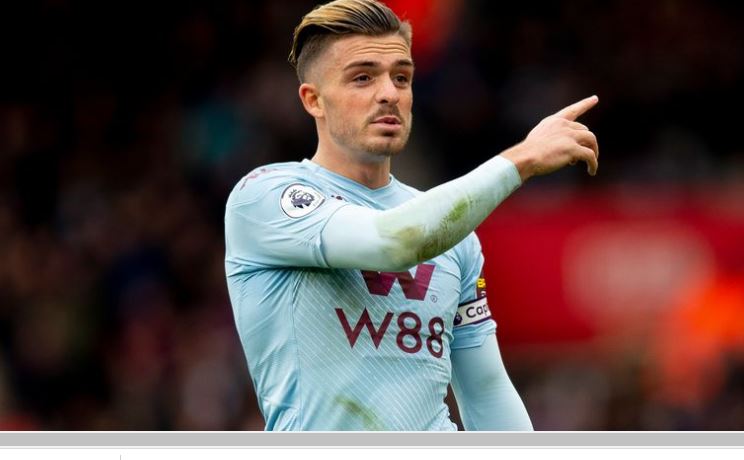 Aston Villa Captain Jack Grealish could finally leave in the summer transfer window after Manchester United intensified their interest in him.

This website has established that Manchester United have expressed interest in signing Grealish, 24, early in the summer transfer window after they finalised their shortlist of playmaker options last month. United’s preference is to ‘execute’ deals for summer targets in February.

United are conscious Grealish could make his England debut before the end of the season and then feature at the European Championship, causing his valuation to soar. Villa have not confirmed whether Grealish, contracted to the club until 2023, has a reputed £45million release clause.

Grealish often socialises in Manchester to escape the Birmingham bubble and United are believed to have previously enquired about the Villa talisman. Tottenham Hotspur failed with a £25m bid to sign Grealish in 2018.

Solihull-born Grealish and Leicester City playmaker James Maddison have been under consideration to reinforce the United attack; each scoring nine goals for their clubs this season.

United manager Ole Gunnar Solskjaer told Grealish he was the ‘best player on the pitch’ following his man of the match performance in Villa’s 2-2 draw at Old Trafford in December, when he scored a superb opener and was fouled seven times.

January signing Bruno Fernandes has had an influential impact, scoring one and assisting two in the wins over Chelsea and Watford last week, but his arrival has not impacted United’s interest in attacking midfielders Grealish and Maddison.

Grealish fits United’s criteria of young British signings following the additions of Englishmen Harry Maguire and Aaron Wan-Bissaka, as well as Wales international Daniel James, last summer. Senior club sources have said 23 is the perfect age to recruit a player but do not believe a player’s development alters significantly between the ages of 23 and 28.

Grealish could finally leave Villa in the summer, with his boyhood club just a point above the relegation zone. Even if Villa were to stay up, they are expected to let Grealish go with their blessing if they receive a suitable offer.