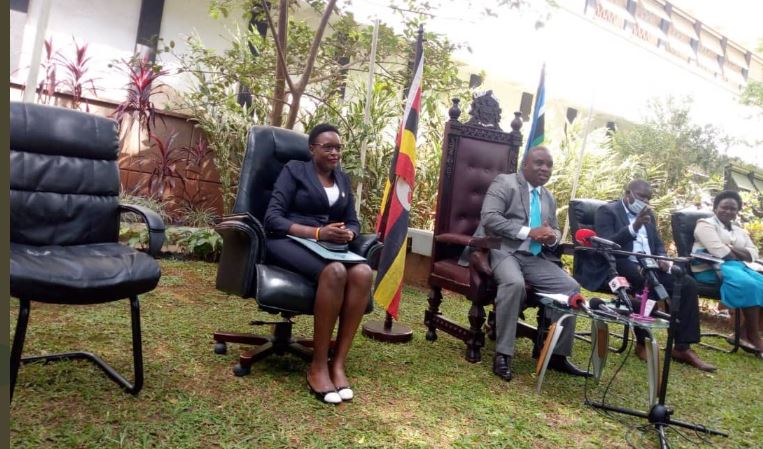 The Lord Mayor of Kampala Hajji Elias Lukwago has appointed Hon. Doreen Nyanjura, who is the LC V Councilor for Makerere University as his deputy, following the exit of Sarah Kanyike Ssebagala, who was appointed a Director at Kampala Capital City Authority (KCCA).

Lukwago made the announcement on Thursday  at City Hall during a presser at which he officially unveiled Nyanjura as his deputy.

We have learnt that the move came after Kanyike had held a brief meeting with Lord Mayor Lukwago  shortly before she handed in her resignation letter.

Lukwago had given Kanyike up to today, Thursday, 18 June 2020, to declare her stand on whether she was accepting the position of director gender, community service and production at KCCA to which she was nominated by President Yoweri Museveni or not.

However, the day reached without Kanyike declaring her stand, which promoted to make the necessary changes he announced today.

According to the KCCA Act, the Lord Mayor appoints his deputy and the council simply approves his choice.

Lukwago had pleaded with Kanyike to reject the Museveni nomination for the position in vain.