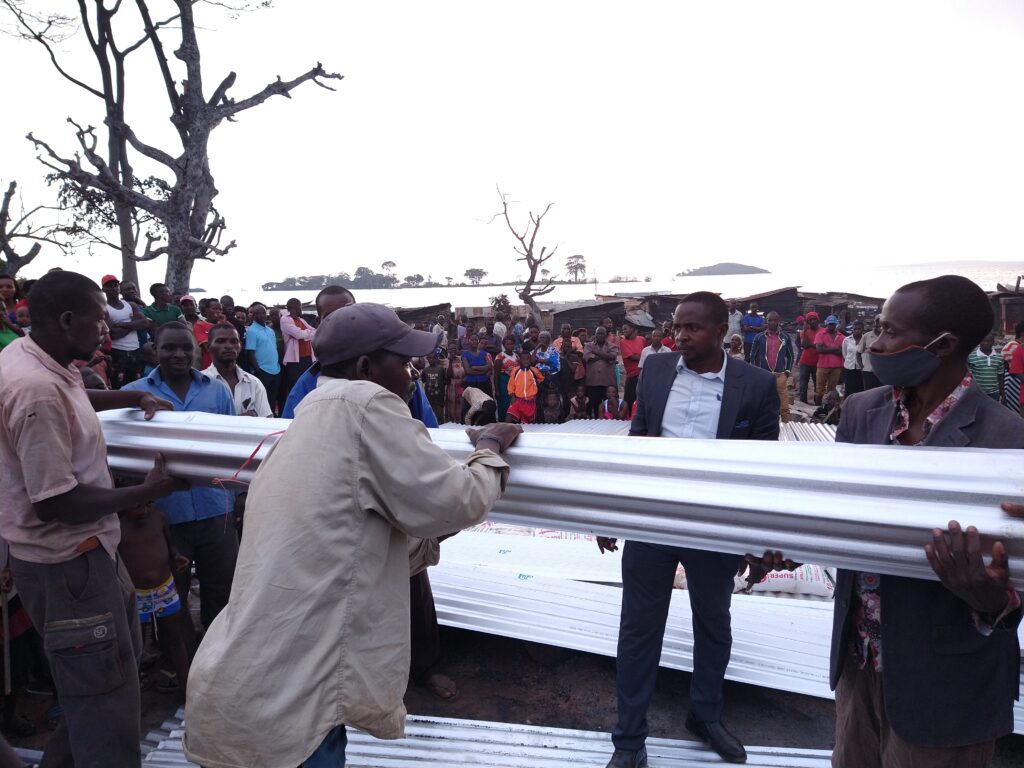 At least 500 people have been left homeless after fire destroyed about 150 homes at Kizilu landing site on lake victoria Mpunge sub county in the district of Mukono.

Preliminary investigations indicated that fire started from a petrol vendor, who was selling off petrol in his house which had a burning charcoal stove.

He added that the fire destroyed almost all the houses at the landing site on Lake Victoria where most of the residents were fish dealers.

“So far there is lack of shelter, food and first aid supplies. The children have nothing to eat,” David Ssenfuma.

“As we tried to contain the situation, it was too late for us since the fire spread so easily through the wooden structures at the landing site. ” said the residents.

One Sharif Namubiru sadly narrated to us that, ” all my boss’s money of 300000 perished in the fire, and the money I was keeping for the entire Kizilu women’s group also got burnt in the fire, I have no where to start.” She cried out.

The chairperson Kizilu Landing site Rogers Kamya explained to that,  we warned the fids passed a law stopping people from storing fuel in houses, they totally refused.

Hon. Kayondo is concerned with government’s neglegence towards the people living on lake shores.

” It’s clearly known that fishing activities do contribute a lot of taxes to the economy of Uganda, but when it’s time to give back they turn a death ear.” Kayondo said.