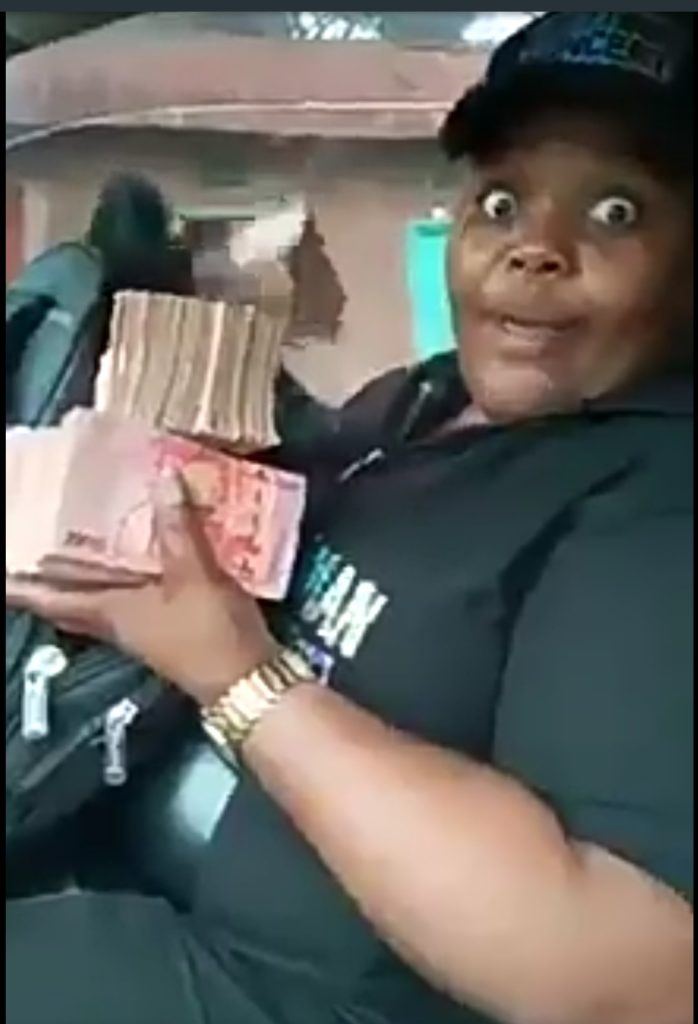 Celebrated musician Catherine Kusasira is singing  praises for the National Resistance Movement (NRM) after receiving over Shs250m from State House.

Kusasira, who was a few weeks back attacked by revellers who threw bottles at her as she performed at music concert in Masaka, is all smiles and has no regrets for being the Presidential advisor on Kampala and Artistes’ Affairs.

She exhibited her happiness by posting a video on social media in which she is seen showing off bundles of money, which she is pulling out of a backpack.

In the video which has since gone viral Kusasira is heard saying in Luganda that “Eno ye NRM, mulinde omulembe gwamwe…bweguligya, mulitukubira,….” This can be translated to mean that “This is NRM. Wait for your regime. You will call us.”

It should however be noted that towards the end of last year,  State House comptroller Lucy Nakyebe told Parliament that Kusasira and Buchanan, who is the Presidential advisor on Ghetto affairs, have never been officially appointed or designated as Presidential advisors.

Unfortunately, Kusasira didn’t not reveal whether she had received the money as compensation for he botched concerts or for doing mobilisation work for NRM.

After counting the huge stash of money, Kusasira is heard telling her maid only identified as Amina to pull out her dime too, which she does  as she happily says that “This is mine… ” while flashing the cash.