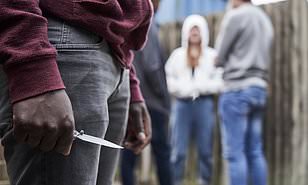 A gang of knife-wielding  goons attacked revellers at beaches in Entebbe, who had gone to have fun on Boxing, robbing many and leaving several injured.

We have established that the Knife Gang attacked revellers at Anderita Beach, Sports Beach, Aero beach and Lido beach, whereby they would threaten to stab revellers if they did surrender their possessions like  Smart phones, wallets, money, jewels, among others.

Many of those who resisted surrendering their valuables were stabbed, who others were assaulted in the water after such attacks and were only rescued by the police.

At least 26 people were rescued from drowning in Lake Victoria in Entebbe and Kalangala District during Christmas and Boxing Day festivities, according to the policies.

Marine police alone rescued four people from drowning at Aero, Lido and Spenah beaches in Entebbe municipality, while 9 were rescued around the beaches in Kalangala District.

The rescued people were part of revelers attending different parties and music shows to commemorate Christmas. Other people were rescued by life savers deployed by Swim Safe, a non-governmental organization fighting against drowning in Uganda.

An ambulance from Uganda Red Cross Society was also called in to rescue 10 people including women and foreign nationals who were attacked and their property stolen by goons at the different recreation grounds.

“Our response action teams in Entebbe last evening monitoring different beaches where a number of incidents were managed and lives saved. Thanks to Marine Police for beefing up our efforts.

At about 5pm, a group of youth armed with knives were seen attacking and cutting revellers and forcefully taking away their possessions including money.