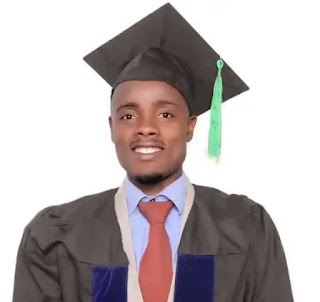 Another university graduate has died during a Uganda People’s Defence Forces (UPDF) recruitment exercise in Fort Portal City.
The deceased is Friday Nicholas who had just graduated with Bachelor of Medicine and Surgery from Kampala International University (Ishaka campus)
While on the UPDF recruitment exercise on Saturday, July 2nd 2022 at Buhinga grounds in Fort portal, Nicholas collapsed just as he was a metre away from the finishing line.
He was rushed to Buhinga hospital in Fort Portal for medical attention where he breathed his last on Sunday morning. The deceased Nicholas had graduated with a Bachelor of Medicine and Surgery during the 25th KIU graduation ceremony.
According to Daphine Alisemera, an old girl (OG) at Christ School Bundibugyo where the deceased attained his ‘UACE’, Friday was a footballer at one of the clubs in Bundibugyo, it was therefore terrific and shocking news that he died from a running exercise.
“The boy went to join the army yesterday and just collapsed on the running exercise, yet he has been an active football player!” She wondered.
Friday Nicholas was born from Nyahuka town council in Bundibugyo district.
His death came just days after another graduate, Geoffrey Atim, 30, collapsed during the physical fitness test and died in Apac district after being discharged from the hospital.
He was a graduate of Procurement and Logistics Management from Makerere University Business School (MUBs) and a resident of Awila Trading Centre, Akokoro Sub County in Apac District.