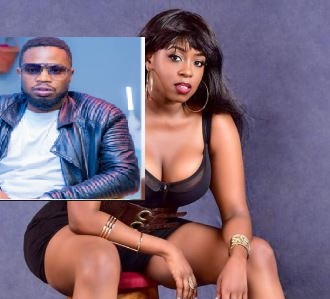 It seems the day of loneliness are finally over for longtime female diva Angella Katatumba, the heiress of fallen tycoon Bonney Katatumba.

Angella’s pals reveal that she is so close to Andre that very soon if the Kwanajula goes well, the next thing will be a massive wedding.

It should be noted that although Angella inherited immense wealth from her late father, she has no child to pass the riches onto in the event that she meets her creator any time. It is thus for that reason and the fact that time is fast running out on her that friends are saying she either has to make it with Andre or never.

This is because Angella has dated several guys in the past but none of them has ever made babies with her or lasted long enough with her to start up a family.

Among the guys she has dated is Alonzo Ward, who was her first husband. They lived together as man and wife after getting married in the early 2000s but along the way, they developed marital woes that saw them part ways.

She later hooked a Ugandan rapper only identified as Newton NTO, whom she dated for a long time. But along the way, Angella and Newton fell out after he accused her of juggling him with other guys, an allegation she vehemently refuted. After falling out with Newton she was later said to be too tight for comfort with Jamaican singer Kuzi K, although their fling evaporated in air soon thereafter.