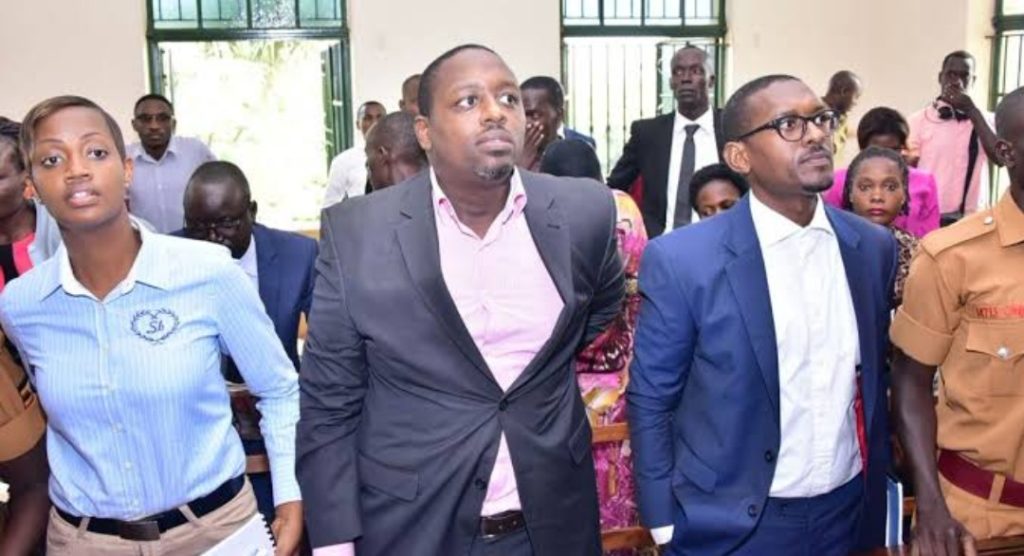 The High Court is slated to start hearing of case in which city businessman Mathew Kanyamunyu, his lover Cynthia Munwangari and brother Joseph Kanyamunyu are accused of murdering  Kenneth Akena Watmon,  social worker, in 2016.

It is alleged that on November 12, 2016, Matthew, Munwangari, Joseph and other accomplices still at large, while on Kampala- Jinja Road near Malik Car Bond, opposite Uganda Manufacturers Association offices in Nakawa Division murdered Akena, by shooting him down using a pistol.

Justice Moses Kazibwe of the High Court will hear the case. Kanyamunyu and his girlfriend were arrested in 2016 after he was suspected to have shot  Akena for allegedly scratching his vehicle,  Prado while at Lugogo, in Kampala.

At the time of shooting Akena  had reportedly gone to apologise to Kanyamunyu and also ask the cost of  damage but Kanyamunyu instead allegedly lowered the window of his car and shot him at point blank.

Kanyamunyu and Munwangari thereafter drove  Akena to Norvic Hospital along Bombo Road where he died the following day.

However, according to police  Akena had, in his dying declarations, told his cousin that it was Kanyamunyu who had shot him after he accidentally scratched his car.

But Kanyamunyu and Munwangari told police that they only took Akena to hospital as good Samaritans after unidentified assailants had shot him and fled.

The Kanyamunyu brothers were later granted after being committed to the High Court for trial in January 2017.

But the summary of evidence presented by the Director of Public Prosecutions indicates there is sufficient proof of murder against the trio.

However, Joseph Kanyamunyu was separately indicted on an additional charge of being an accessory after commission of the offence, since he is suspected to have made the killer gun disappear.

It should noted that since 2017 hearing of the Kanyamunyu murder case has been severally postponed to the extent that Akena’s relatives have always voiced complaints of delayed justice for their deceased beloved one.