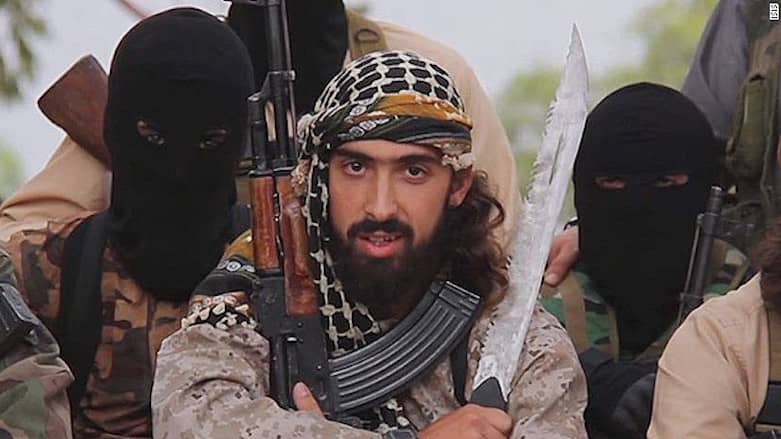 After its ousting from Syria and Iraq, military armed group ISIL is now trying to build a caliphate in the restive Sahel region, security intelligence sources have revealed.

Illegal armed groups are opportunistic by nature. They usually start their operations and recruit followers in countries where there is poverty, corruption, religious conflict or ethnic strife, and where the security forces are unable to keep the public safe, and illegal formations under control.

The rise of the Islamic State of Iraq and the Levant (ISIL, also known as ISIS) in the Middle East was a textbook example of this trend. Since the occupation of Iraq by US forces in 2003, the region has been stuck in a vicious cycle of conflict, sectarianism and regime change.

It is in the shadows of this crumbling landscape that ISIL first began to emerge, nourished by the increasing frailty and incompetency of Arab states in revolt or at war.

Over the last few years, regional and global powers, aided by non-state actors, managed to eliminate ISIL from most of Iraq and Syria. Today, ISIL does not control any major city or township in these states and many of the group’s fighters in the region are either dead, in captivity or on the run.

Despite the collapse of its so-called “caliphate” in the Middle East, and the killing of its leader Abu Bakr al-Baghdadi in Syria, ISIL remains a growing and evolving threat in other parts of the world, especially in Africa’s restive Sahel region.

The Islamic State in the Greater Sahara (ISGS), the prodigy of ISIL there, is going from strength to strength, bolstering its membership and carrying out attacks.

There are several reasons for ISIL’s ongoing success in this vast region that runs west to east across the continent from Senegal to Sudan.

Most of the states that have territory in the Sahel are grappling with the destructive effects of climate change, poverty, food shortages, ethnic conflicts and lack of effective democratic governance. There is little opportunity for the people in the region to receive an education and find work that would allow them to sustain their families.

Moreover, they live in fear of being attacked by one of the numerous local armed groups that are active there. This is causing many to embark on perilous journeys across the Mediterranean to reach Europe’s shores and seek sanctuary there.

All this creates an ample opportunity for terror groups like ISIL to expand their influence over the region.
Burkina Faso, for example, is on the verge of becoming “another Syria”, according to the United Nation Food Agency.

The landlocked West African country has long struggled with a myriad political, economic and humanitarian problems, but terror was not a significant threat there until early 2015. Since then, however, fighters linked to al-Qaeda and ISIL have taken advantage of the government’s inability to control vast areas in its north and east to infiltrate the country.

Combining hit-and-run tactics with road mines and suicide bombings, the insurgents have killed hundreds of people and managed to recruit local youths looking for a way out of unemployment, poverty and uncertainty.
The attacks forced almost half a million people from their homes and turned a third of the country into an active conflict zone.

As people were forced to abandon their fields and farms, agriculture collapsed, causing malnutrition to reach emergency levels. Schools were also forced to close down, leaving the country’s children without access to education.

Most recently on November 6, armed men ambushed a convoy transporting workers of Canadian gold miner Semafo in eastern Burkina Faso, killing 37 civilians and wounding dozens of others. While no group claimed responsibility for the attack, analysts said they believe ISIL was responsible.

ISIL and al-Qaeda’s interest in Sahel’s goldmines has long been known. According to the International Crisis Group (ICG), a non-governmental organisation, terror groups have been seizing gold mines in the region and using them to finance their operations since 2016.

The ICG says armed groups are also using their control over gold mines as a way to recruit more local people to their cause.
Burkina Faso is now stuck in a vicious cycle where the problems that allowed armed groups like ISIL to infiltrate the country are being exacerbated by their presence, while the resulting desperation is causing more people to join them.

This situation is in no way specific to Burkina Faso. Mali, too, has long suffered insecurity which has allowed the country to become a playground for groups like ISIL and al-Qaeda.

As world leaders pat themselves on the back for “destroying ISIL” in Syria, the group is openly building up its strength in Africa. The international community needs to take urgent action to stop ISGS in its tracks.

First and foremost, it must do everything it can to support the Force of the Group of Five for the Sahel (FC-G5S) that brings together Burkina Faso, Chad, Mali, Mauritania and Niger in its efforts to combat armed groups, cross-border organised crime and human trafficking.

Moreover, international organisations and states need to increase their efforts to provide the necessary aid and assistance to governments in the region.
If effective measures that address not only the ongoing insurgency but the core problems that allowed it to prosper in the region are not implemented right away, the destruction and suffering caused by ISIL in Syria and Iraq will be repeated in the Sahel.

More and more people will try to escape their predicament by embarking on deadly journeys towards Europe. A few will make it there, while tens of thousands of others will either die horrible deaths at sea or languish in outrageous refugee camps in Africa.

ISIL’s short but brutal reign in the Middle East will long be remembered as one of the darkest hours of our recent history. We should do everything we can to stop it from happening again.