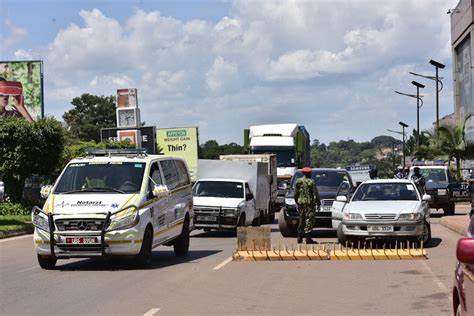 Hydroxychloroquine has been touted by some — including President Donald Trump — as a treatment for COVID-19. But studies have found it is not an effective treatment and may cause serious side effects for some patients, as we’ve reported.

False claims about the drug nevertheless continue to circulate on social media. An article shared on Facebook from the website palmerfoundation.com.au is headlined, “Hydroxychloroquine is why Uganda, with a population of 43M, has only 15 COVID-19 deaths.”

The article continues, “This is why: Uganda is afflicted with malaria, a disease caused by parasites that enter the body through the bite of a mosquito. Malaria is common in Africa. In 2012, Uganda had the 6th highest annual deaths from malaria in Africa. Hydroxychloroquine is a drug used to treat or prevent malaria.”

Related text posts claim, “Uganda (43,000,000 people), where Hydroxychloroquine is eaten like candy due to malaria, have had 13 Covid deaths.”

The source of the viral social media article, palmerfoundation.com.au, is the website of The Palmer Foundation, a “philanthropic entity owned by the Palmer family, headed by Clive Palmer,” according to the site.  Clive Palmer is an Australian businessman and politician who made headlines when he announced in April that he had purchased 30 million doses of hydroxychloroquine, which he donated to Australia’s National Medical Stockpile. He has made baseless claims that the use of the drug lowered Australia’s COVID-19 mortality rate.

Uganda does have far fewer per-capita cases and deaths than the U.S., but the posts offer a false explanation for why.

“It is extremely unlikely that relatively low rates of the [coronavirus] infection in sub-Saharan Africa are related to the use of chloroquine or hydroxychloroquine,” Michigan State University malaria researcher Terrie Taylor told us in April. “Neither has been the first-line treatment for malaria illness for many years,” Taylor said.

Dr. William Worodria, a consultant physician at Uganda’s Ministry of Health and chairman of the country’s COVID-19 case management committee, said some treatment centers were using hydroxychloroquine when COVID-19 first appeared there.

“In our first guidelines we did include the use of hydroxychloroquine under experimental medication but when we looked at the evidence including local evidence of the two sides, one which used hydroxychloroquine and one which did not, there was no difference. So in our second guideline, we have removed it from therapy,” Worodria said.

The second edition of Uganda’s national guidelines, which were issued in June, said “Chloroquine or Hydroxychloroquine is no longer recommended for the treatment of COVID-19 patients.”

So the nation’s low COVID-19 numbers have not been due to widespread use of hydroxychloroquine, but through other measures taken by the Ugandan government.

By the end of that month, most of the country’s businesses were shut down, vehicle movement was banned, and the government implemented an overnight curfew.  Passengers were screened at airports, and infected individuals were hospitalized in isolation wards.

The government also enacted a face mask mandate and had distributed more than 13 million masks to the public by May.

Public health experts told Reuters that Uganda had learned from experience battling other infectious diseases like Ebola and Marburg virus.

Uganda has announced the easing of some restrictions, but the country’s schools remain closed.