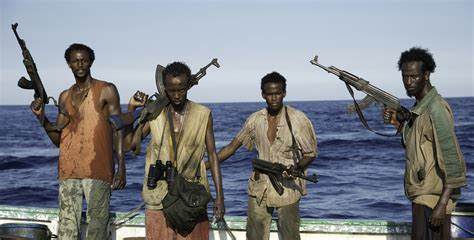 The men are the last of the crew of Iranian fishing vessel FV Siraj, captured by the pirates on March 22, 2015.

Three Iranian hostages held by Somali pirates since 2015 have been freed, a senior maritime crime adviser told the Reuters news agency on Thursday.

The men are the last of the crew of the Iranian fishing vessel FV Siraj, which was captured by pirates on March 22, 2015.

The fourth member of the crew was freed last year as he needed urgent medical care.

“This marks the end of an era of Somali piracy and the pain and suffering of Somalia’s forgotten hostages,” said John Steed, coordinator of privately supported, Nairobi-based Hostage Support Programme, on Thursday.

Steed, a former British army officer who has spent years negotiating the release of piracy hostages in Somalia, said the three men were released on Saturday, but were awaiting coronavirus tests to travel to Ethiopia and then home.

The three men are “very thin as expected” and have gastric problems, but are otherwise fine, said Steed.

“Between 2010 and 2019, Somali pirates held over 2,300 crew either captive on their ships or as hostages,” said fellow HSP member George Lamplugh in a statement seen by AFP news agency on Thursday.

“Many were tortured, some died but all were traumatised by their experiences. We are only glad that we have been able to rescue all those who were left behind and fell outside the normal reaches of companies and countries.”

At the height of their power in 2011, Somali pirates launched 237 attacks off the coast of Somalia, the International Maritime Bureau says, and held hundreds of hostages.

International warships operating as part of a coalition also helped to drive down the number of attacks.