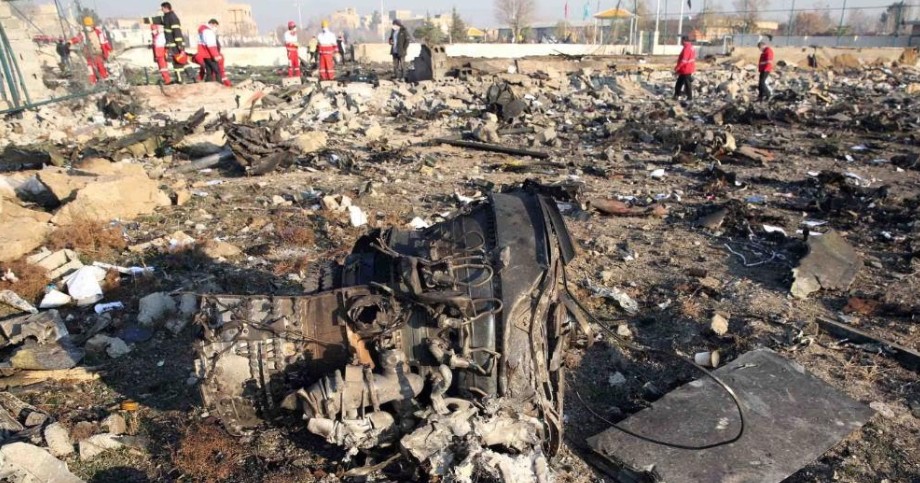 An International debacle has befallen the world after information emerging indicates that  Iran shot down a Ukrainian passenger plane that led to the death of over 176 people, thinking it was carrying Americans.

This comes after US media have speculated that the timing of the crash suggests the plane may have been mistaken for a US warplane as Iran prepared for possible US retaliation for the strikes.

Victims of downed flight PS752 included 82 Iranians, 63 Canadians and 11 Ukrainians as well as nationals from Sweden, the UK, Afghanistan and Germany.

CBS News quoted US intelligence sources as saying a satellite detected infrared “blips” of two missile launches, followed by another blip of an explosion.

A video obtained by the New York Times appeared to show a missile streaking across the night sky over Tehran and then exploding on contact with a plane. About 10 seconds later a loud explosion is heard on the ground. The plane, ablaze, continues to fly.

CNN has also obtained a video on Thursday that appears to show a missile being fired into the Tehran sky and striking an object, around the same time that a Ukrainian plane crashed just after taking off from the city’s airport.

News of the video comes hours after the leaders of Canada and Britain said that they have intelligence that the Ukrainian airliner was shot down by an Iranian surface-to-air missile.

Canadian Prime Minister Justin Trudeau, whose country lost 63 citizens in the crash. said Canada’s intelligence, as well as intelligence provided by allies, shows that the commercial aircraft was shot down by an Iranian surface-to-air missile.

He called for a thorough investigation into what caused the crash but would not provide additional details about the evidence and intelligence he cited.