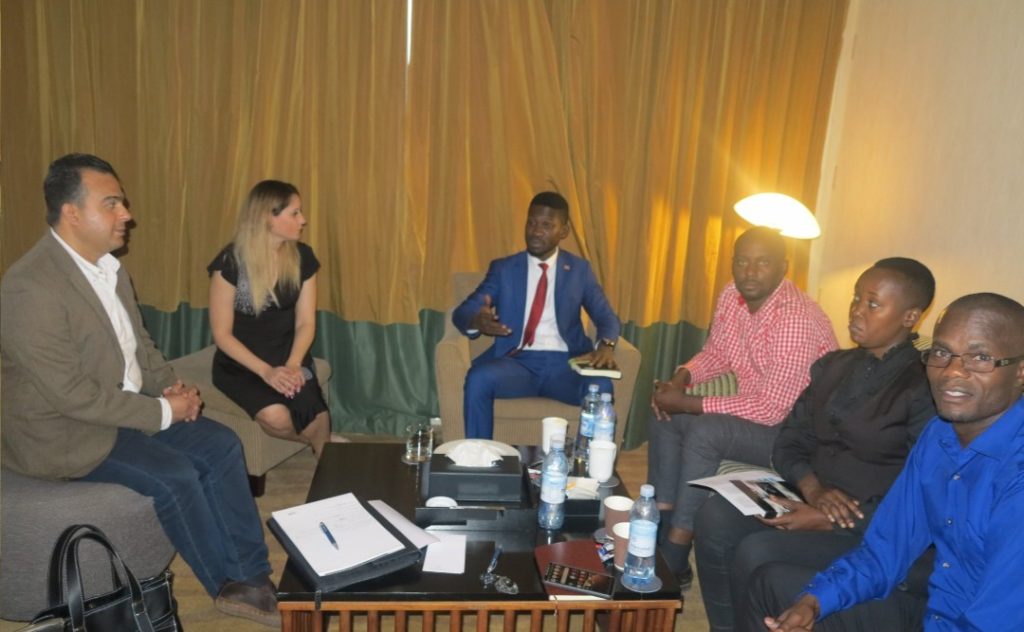 The  Interparliamentary Union (IPU) Committee on the Human Rights of Parliamentarians is in Uganda on fact-finding mission to ensure due process is respected in the cases of abused opposition Members of Parliament Robert Kyagulanyi aka Bobi Wine and Francis Zaake.

Bobi Wine, the MP Kyadondo East and Zaake, the Mityana municipality MP, who both subscribe to the People Power pressure group, have severally been brutalised and or arrested by police whenever they try to engage in political activities.

Bobi Wine, whose music concerts across the country have since been banned for over two years now, was recently blocked by police from traversing the country to hold consultation meetings with Ugandans about his presidential bid ahead of the 2021 general election.

The IPU Committee investigating allegations of human rights abuse met Bobi Wine and Zaake on Monday in a closed meeting during which they recorded statement.

They thereafter promised to give a detailed report after consulting government authorities, which will be presented to Parliament and to IPU headquarters in Geneva, Switzerland.

The Committee however urged Ugandan authorities, especially the police, to respect the human rights of not only Bobi Wine and Zaake but all Ugandans.