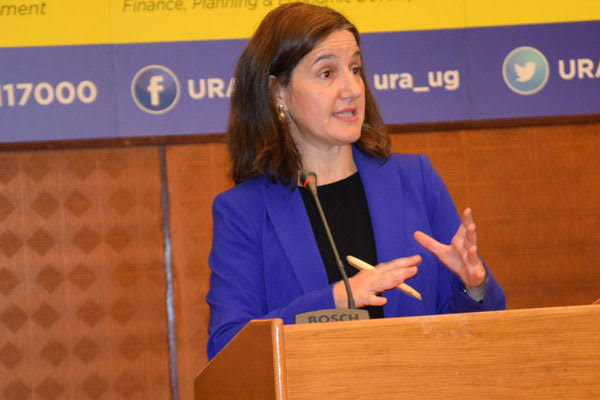 Uganda will spend as much as a fifth of government revenue on interest payments in this financial year and the International Monetary Fund warned this could reduce expenditure on human capital and infrastructure projects.

That’s equivalent to what countries that are close to or in debt distress spend on servicing credit, according to the IMF’s country Resident Representative Clara Mira.

While the country remains at a low risk of debt distress, “There are vulnerabilities and interest payments are high,” Mira said Tuesday in emailed responses to questions, adding that “There are less resources available to finance the remaining needs.”

President Yoweri Museveni’s administration is struggling to fund its 2019-20 budget of 40.5 trillion shillings ($11 billion) partly because it will collect less revenue than expected after delays to implement certain tax measures.

The assessment that Uganda is at a low risk of debt distress is based on assumptions that its infrastructure investments will start paying off, revenue will improve and planned oil exports begin in 2023, according to Mira. Vulnerabilities include spending pressures and slow economic growth, she said.

The government “will stabilize expenditure and raise more domestic revenue,” said Keith Muhakanizi, the secretary to the Treasury.

The administration will also try and avoid the accumulation of domestic
arrears, Muhakanizi said separately on Monday.