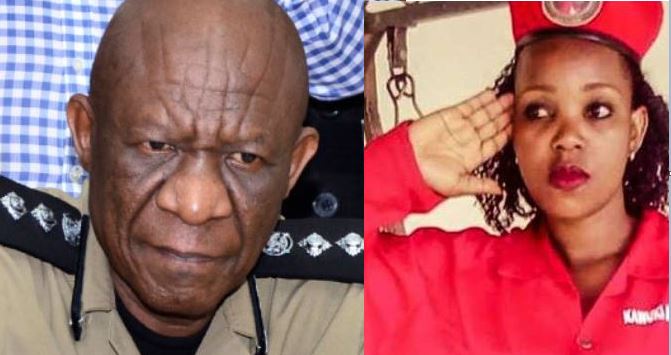 At last, the family of Ritah Nabukenya, a People Power supporter who was allegedly knocked dead by a police patrol truck in Nakawa might get justice.

This is because the Inspector General of Police, Martin Okoth Ochola, ordered Traffic police to conduct independent investigations into the accident that ended Nabukenya’s life, when she was heading to court to attend Kyadondo East Member of Parliament Robert Kyagulanyi’s OTT tax case, Nakawa last Monday.

Police Spokesperson Fred Enanga, told journalists on Monday that the IGP had directed the Traffic police Investigation Unit, under the command of Assistant Superintendent of Police Pamela Kentaro, to conduct a comprehensive probe and ensure the public is informed of whatever transpired on the fateful day of Nabukenya’s death.

“The traffic investigations unit has been directed to take over this matter and there have been some good statements,” Enanga said.

He added that “They are doing their very best to identify the rider as well as the motorcycle to consolidate the facts that they already have. We shall have a very conclusive report on the circumstances surrounding Rita’s accident and subsequent death.”

Enanga attributed the police’s failure to produce the CCTV footage to ongoing construction of Nakawa-Ntinda Road, which he said interrupted the connection of the cameras police CCTV command centre.

“It was not captured on the CCTV camera along Nakawa-Naguru Road due to disruptions in the fibre-optic underground cables due to the ongoing construction works in the area,” Enanga said.

Initial information indicates that the 28-year-old, mother of two, was knocked by a police patrol, while travelling on a Boda- boda.

She was set to join her colleagues at Buganda Road court where Bobi Wine, Eddy Mutwe and others were appearing for their case hearing.

Although eyewitnesses alleged that Nabukenya was intentionally knocked by a police patrol car, Police spokesperson, Enanga dismissed the claims.

He said the Policemen on the said truck only played the role of a Good Samaritan and rushed Nabukenya to Mulago National Referral hospital following a collision between the motorcycle she was riding on and another from the opposite direction.

Police promised to release footage to rule out allegations that Nabukenya had been maliciously knocked by police officers, although they have since failed to produce the footage.

However, Enanga made a U-turn, saying the Closed Circuit Television –CCTV cameras close to the scene where Nabukenya was knocked were off at the time of the accident.

His statement sparked off public uproar, prompting many people to accuse police of holding onto the CCTV footage to cover up for its men.

But Kyagulanyi, like many other Ugandans,  refused to believe the police explanation regarding Nabukenya’s death and described  it as diversionary and a cover-up.