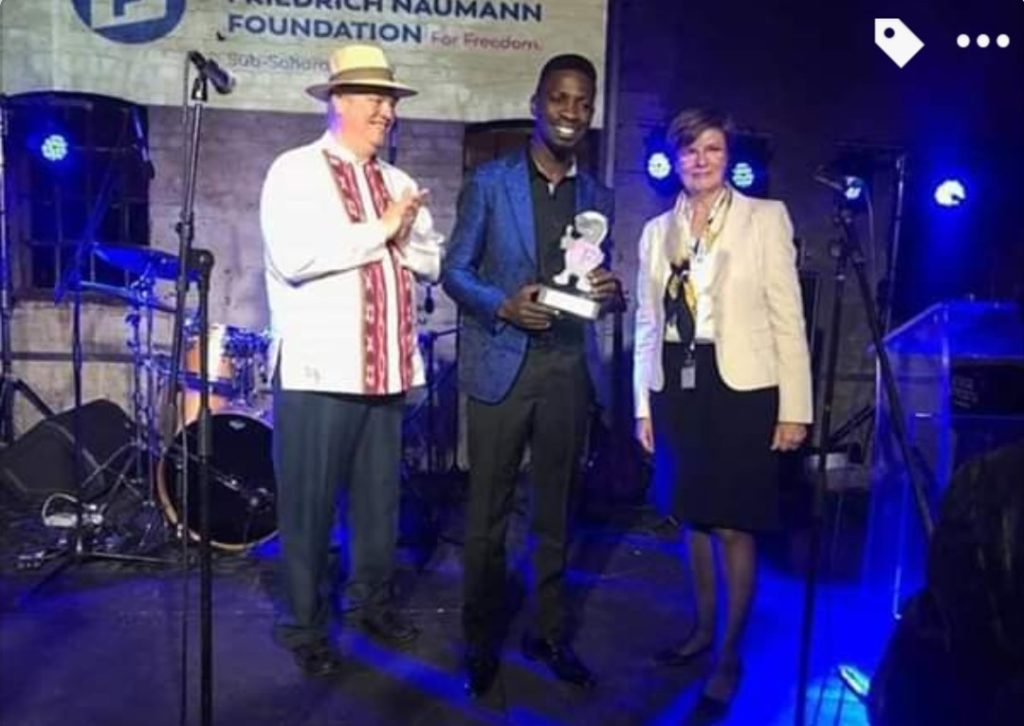 Ugandans and other people in South Africa on Friday recognised Kyadondo East Member of Parliament Robert Kyagulanyi aka Bobi Wine’s fight for freedom by giving him a prestigious gong.

Bobi Wine was given the Friedrich Naumann Africa Freedom Award 2019 at a function that was held at Artistes On Main, Maboneng, in Johannesburg, South Africa, in recognition of his fight for freedom in Uganda.

Friedrich Naumann Foundation for Freedom is an independent German organisation that promotes liberal policies and politics and has been operating in Africa since 1963.

However, while in S. Africa, Bobi Wine made it clear that he has no problem with homosexuals, despite not believing in what they do.

While appearing on South African Broadcast Corporation (SABC) on Wednesday, Bobi Wine said whereas he does not agree with homosexuals, he respects their rights.

“I believe that one has the responsibility of guarding the rights of all citizens of those who are like you and those that are not like you. I believe that as a leader, a high level of tolerance is required to make sure the nation comes together. “