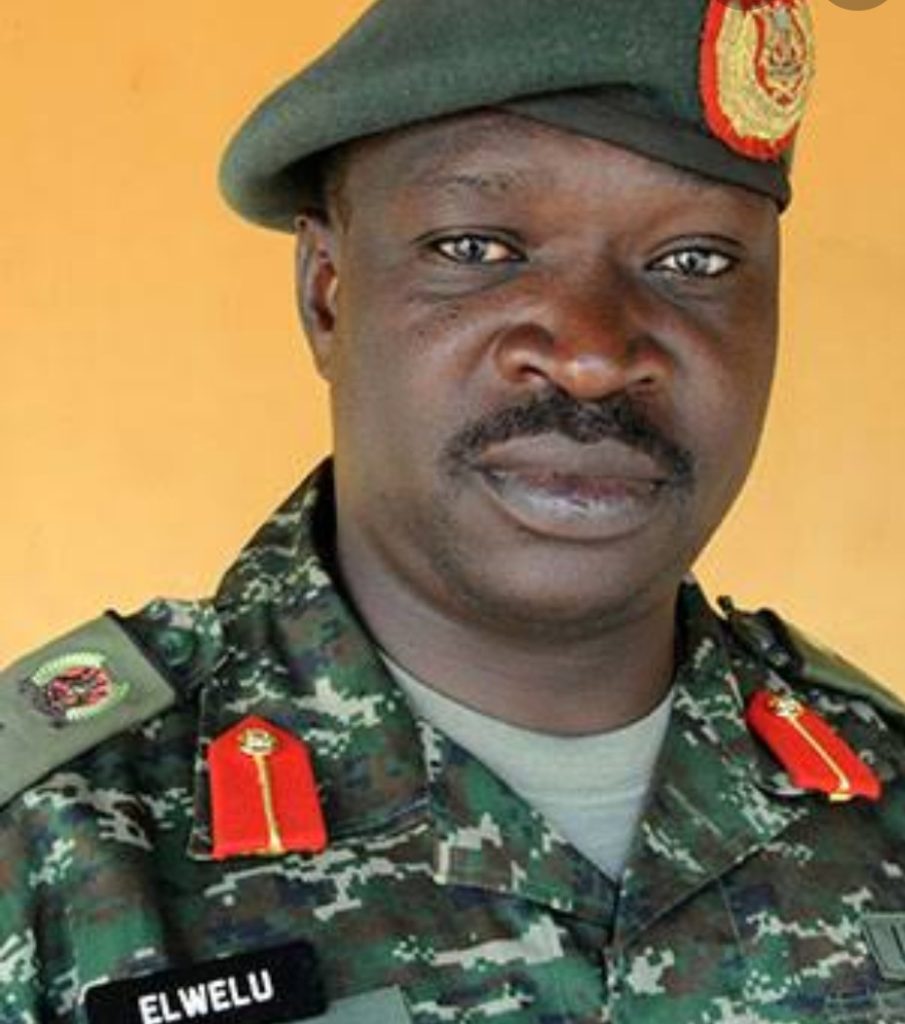 The Commander of Land Forces CDF Gen.Peter Elwelu has expressed his disgust for the United States of America and Americans and threatened to teach the US Marines a lesson should they ever step on Ugandan soil.

Gen. Elwelu made the utterances over the weekend during a speech he delivered to a congregation that had gathered at the opening of a church he helped build in Kilak district.

The UPDF General  reportedly said that;”I am not an American and will never be an American. I hate America! Let those Americans concentrate on their very many problems and leave us alone. Let the US Marines come to Uganda and I will teach them a lesson!”

Gen. Peter Elwelu was  preaching against the spirit of dishonesty and murder while launching his self-built temple christened “Eloim” and a stone for offering sacrifices to God.

Gen Elwelu, who hosted President Museveni at his home in Anyara in Kilak District over the weekend, said the “heavens” told him on August 14, 2017, to build a house of worship.

He said the world is full of jealousy, murder, fighting and malice, including among church leaders.

Gen. Elwelu asked God to use his voice as trumpet to advance His word, punish the guilty and acquit the innocent.
“Wipe us of our rebellious acts, our sins are always in front of you,” he prayed.

It should be noted that the United States of America  issued a travel ban against Gen. Elwelu in 2017 because of his involvement in the Kasese Massacres, after the army bombed Omusinga Charles Wesley Mumbere’s kingdom, in which children, women and unarmed men were brutally murdered in 2016.

Elwelu had been invited for a summit to be attended by Commanders of Land Forces in Africa which was scheduled for May 2017, but the decision was rescinded after the United States government cited his lead role in the army attack on the Rwenzururu king’s place in Kasese, which killed more than 100 people.