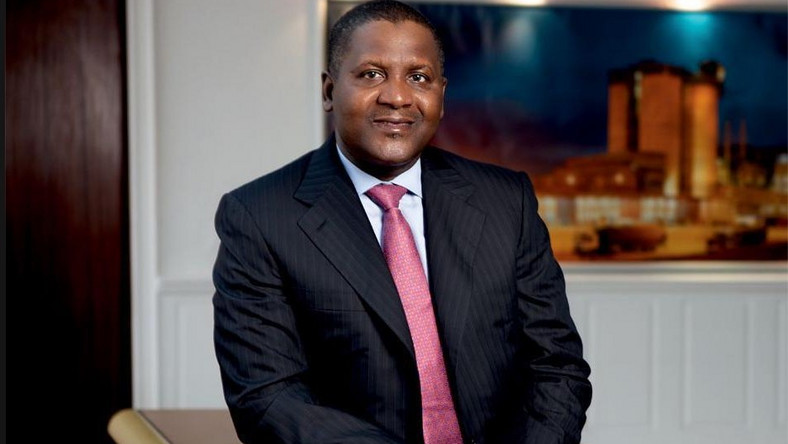 At the age of 21, Aliko Dangote borrowed $3,000 from his uncle to import and sell agricultural commodities in Nigeria, his native country. His business venture quickly became a success, and as a result, he managed to repay the entire loan within three months of starting operations. For the seventh time in a row, Dangote was the richest man in Africa in 2018, with an estimated net worth of $14.1 billion. The business empire he began to build more than three decades ago, Dangote Group, is one of the largest private-sector employers in Nigeria as well as the most valuable conglomerate in West Africa. Dangote’s business interests encompass many industries, including oil and gas, consumer goods and manufacturing. About 80% of his conglomerate’s revenue comes from Dangote Cement. According to Forbes magazine, the subsidiary produces 44 million metric tons of cement every year and plans to increase output by 33% by 2020. Dangote also owns the world’s third-largest sugar refinery, and together all of his publicly traded companies make up a quarter of the market capitalization of the Nigerian Stock Exchange.
Here is an overview of how Aliko Dangote turned a local commodity trading businesses into a multibillion-dollar corporation.

Early Life and Schooling of the Richest African
Born in 1957, Dangote grew up in an entrepreneurial household in Kano State, Nigeria. He was raised Muslim and lived an upper-class life. Dangote’s grandfather, Sanusi Dantata, was once named one of the wealthiest people living in Kano. He made his fortune selling commodities like oats and rice. Dantata became Dangote’s guardian in 1965 after the death of his father.
Having spent much of his childhood with his grandfather, Dangote quickly became interested in the world of business. He once said, “I can remember when I was in primary school, I would go and buy cartons of sweets [sugar boxes] and I would start selling them just to make money. I was so interested in business, even at that time.”

At age 21, Dangote graduated from Egypt’s Al-Azhar University, one of Islam’s prestigious universities. It was there the budding entrepreneur furthered his education in business.
An Empire Is Born
After graduating from college in 1977, Dangote managed to convince his uncle to lend him money to start a business. The funds from the loan allowed him to import soft commodities at wholesale prices from international suppliers. Two of his main imports were rice from Thailand and sugar from Brazil. He then sold those items in small quantities to consumers in his village at a lucrative markup. The venture quickly became successful and turned into a cash cow. In an interview with Forbes, Dangote claims that on his best days, he was realizing a daily net profit of $10,000. That allowed him to repay his uncle in only three months.

Cutting Out the Middleman
In 1997, Dangote realized that acting as a middleman was a very costly endeavor, so he built a plant to produce what he had been importing and selling for the previous 20 years: pasta, sugar, salt and flour. Around the same time, Dangote was awarded a state-owned cement company. Dangote significantly expanded the operations of the company in 2005 by constructing a multimillion-dollar manufacturing plant. The construction was financed with $319 million of Dangote’s own money in addition to a $479 million loan from the International Finance Corporation, a sister organization of the World Bank.
Each of his manufacturing divisions has since been separated into publicly traded companies: Dangote Sugar Refinery PLC., National Salt Company of Nigeria PLC., Dangote Flour Mills PLC., and Dangote Cements PLC.

Expanding the Empire
Dangote has always reinvested the majority of his profits back into his businesses, which is one reason the company has grown so much since inception. During an interview with Al Jazeera News, Aliko Dangote explained,‘‘We [Dangote Group] are not doing like other Africans who keep most of their money in the bank. We do not keep money in bank. We fully invest whatever we have and we keep on investing. (sic)’’
Unlike many wealthy Nigerians who made their fortune in oil, Dangote initially chose to go down a different path, but he has since entered the oil and gas industry. In an effort to put some of his cash reserves to work, Dangote purchased an oil refinery in Lagos in 2007. He hopes the refinery, which is scheduled to be at full capacity by 2020, will significantly reduce Nigeria’s reliance on international suppliers for oil and gas. The $10 billion refinery in Nigeria is expected to produce 650,000 barrels of oil per day.

The Bottom Line
Aliko Dangote’s journey to fortune is not a rags to riches story. He came from a wealthy family that was able to provide financial assistance to start his business. Over the years, Dangote has expanded into new business segments, including telecommunications, real estate and steel manufacturing. Today his holding company, Dangote Group, is the largest conglomerate in West Africa.
Interested in Investing in Africa? Here’s How
Africa’s journey from when it was tagged as the “The Hopeless Continent” on the cover of The Economist in May 2000 to December 2011, when the same publication put “Africa Rising” on its cover (and then “Aspiring Africa” in March 2013) has been anything but boring. Africa has become the newest destination for emerging markets investors. From 2000, according to the World Economic Forum, “half of the world’s fastest-growing economies have been in Africa.” Ghana and Ethiopia showed real GDP growth of over 8% in 2018.

Vast Natural Resources
The African continent is incredibly rich in natural resources. It has huge, untapped reserves of natural gas and oil (10% of world’s reserves) and largely unexploited hydroelectric power. It is home to vast gold, platinum, uranium, iron ore, copper and diamond reserves. Currently, only 10% of Africa’s arable land is being cultivated, yet it holds around 60% of the world’s cultivable land. As such, Africa has become a magnet for foreign direct investment (FDI).
Africa also has the advantage of a large and relatively cheap educated labor force. The continent is undergoing a demographic transformation, with youth as its theme; there is a very high proportion of Africans in their 20s and 30s with fewer dependents – both old and young – that will play out over the next decade.
There is stability in terms of governance; the countries that witnessed terrible periods of unrest have emerged as success stories. There are better policies in place, trade has improved and so has the business environment.
According to the World Economic Forum, by 2030, over 40% of Africans will belong to the middle or upper classes, and there will be a higher demand for goods and services. In 2030, household consumption is expected to reach $2.5 trillion, more than double that of 2015 at $1.1 trillion.
Much of that $2.5 trillion will be spent in three countries: Nigeria (20%), Egypt (17%) and South Africa (11%). But Algeria, Angola, Ethiopia, Ghana, Kenya, Morocco, Sudan and Tunisia will attract companies seeking to enter new markets. The sectors expected to grow the most in the next 30 years are food and beverages, education and transportation, housing, consumer goods, hospitality and recreation, healthcare, financial services and telecommunications.

Stocks Mirror the Economy
Sub-Saharan Africa has around 29 stock exchanges representing 38 countries including two regional exchanges. These exchanges have a lot of disparity in terms of their size and trading volume. The continent has a handful of prominent exchanges and many new and small exchanges that are characterized by small trading volumes and few listed stocks. Efforts are being put in place by all countries to boost their exchanges by improving investor education and confidence, improving access to funds, and making the procedures more transparent and standardized. The table below depicts the dollar-adjusted returns (as of Oct. 31, 2018) of select stock exchanges in Sub-Saharan Africa (listed alphabetically).