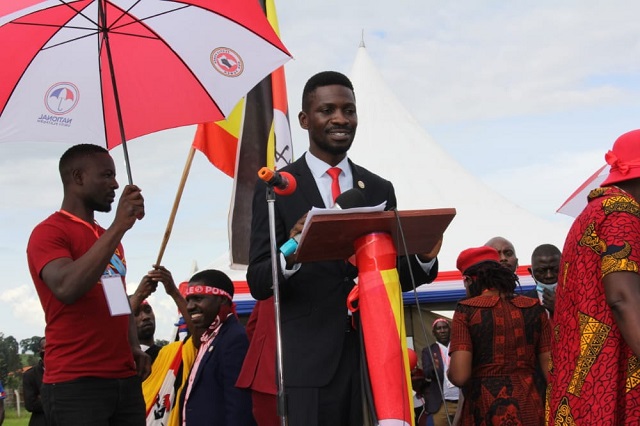 This is more of an open appeal to my brother, Robert Kyagulanyi (Bobi Wine), and his followers. I recognize their presence and claim on the national scene and thank those who have “their act together”. Some of us have been in leadership in political circles for longer than most and despite belonging in the youth age bracket, find the conduct of our peers led by Bobi Wine queer in their ways. I was personally called into leadership at the age of 14 and by the age of 20 I was a minister in Busoga kingdom.

I have since maintained consistency and decency in leadership, playing significant roles but with great humility. So far, I don’t admire the attitude and behavior of my peers on the Kyagulanyi side. I see them as risking our collective future and progressive steps made in empowering young persons to take up greater leadership.

In this age and era, how can anyone, acting in personal capacity or in consort with others, engage in promoting sectarian incitement and marketing the genocide ideology? Isn’t witchcraft real, as they say? Is there anybody in this world who doesn’t know how wrong, catastrophic and misguided “ethnic cleansing” is? Anyone who doesn’t know or who, despite knowing, cannot restrain the worst of themselves, is not prepared to lead or claim to be of a pure and upright ethnic stock. There must be something they are hiding, and must be stopped by any means until they learn self-control!

Burning tyres on the road; do the perpetrators know the cost of building a kilometer of road and how much money that would? Do they know that when you put fire on a paved road surface, the asphalt layer melts and exposes the underside, after which a ditch or porthole forms? Do they know that the roads they destroy are used by their own relatives and friends? What wrong has a road, a nonliving entity, done? Is it NRM, is it UPC, is it tribe this or tribe that? Emitwe ngalabi (in Tamale Mirundi speak).These one will end up badly, in one way of another. They can’t survive this phase of the struggle. They will be left behind.

There are many young people in Uganda and I am one of them. If every one of us behaved like the Kyagulanyi group now terrorizing and bullying everyone, Uganda would be a gone Fortunately, the majority of Ugandans have standards and know who and what they want. No matter how much shouting and pushing you do, it will all end in the ballot and once you have not secured the ballot, you have no bargain.