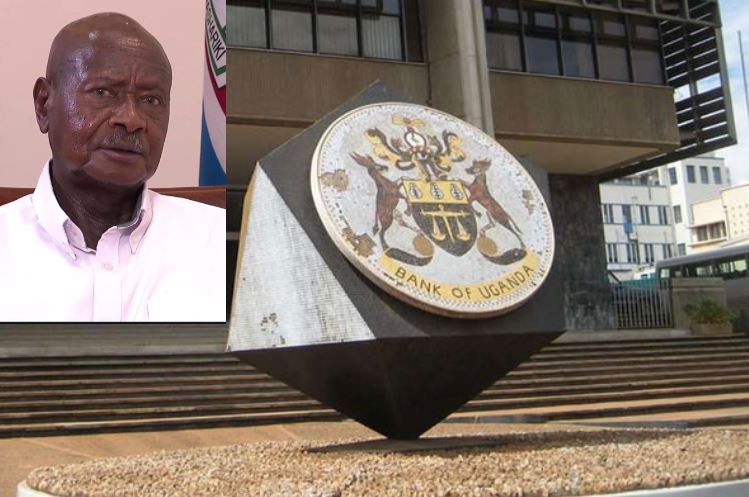 President Yoweri Kaguta Museveni has ordered an investigation into the Bank of Uganda (BoU) loss of 2 trillion, with an aim of discovering how it happened.

This website has established that the President ordered the Internal Security Organisation (ISO) and Inspector General of Government (IGG) to investigate the matter and leave no stone unturned.

It should be noted that over the years, BoU has resisted all forms of audit from other government agencies, not forgetting it’s board was/is chaired by the same people that run the institution on a day to day basis, leaving very little space for audit.

In the Bank of Uganda case we have a Governor and Deputy Governor; the two are equally responsible for the loss of 2 trillion from 2008/2009 to 2018/2019, although currently BoU has no deputy governor after the expiry of Dr Louis Kasekende’s contract in  early February.

How BoU Made The Shs2 Trillion Loss

Here is a breakdown of how BoU incurred the Shs2 Trillion Loss, which Museveni wants investigated;

However, the overriding questions in all this are; ‘Was BoU doing business to make such losses? If so, why couldn’t any institution of Government find out why and how this could be prevented?’

Our sources reveal that these are some of the Questions the President presented to ISO to investigate and report back in 60 days, with a view of prosecuting individuals that contributed to these losses.

The IGG was also tasked to investigate the matter with the aim of prosecuting the following individuals who have a lot of properties, which they are suspected to  have acquired through questionable means;  Louis kasekande, Justine Bagenda, Margaret Kasule, Sekabira Benedict and others.

There is  also reported stealing of old currency notes at BoU upcountry branches, which is also being investigated at currency centers.

This comes after investigators discovered that it had become a habit for mafias to steal old bank notes meant for recycling then return them to the Central bank to be compensated or put them back into circulation.

At currency Centres they make sure cameras are not functional and guards are compromised, so they remove the old bank notes and later return to claim new notes, hence double payment of the same old notes, a matter the President wants investigated too.