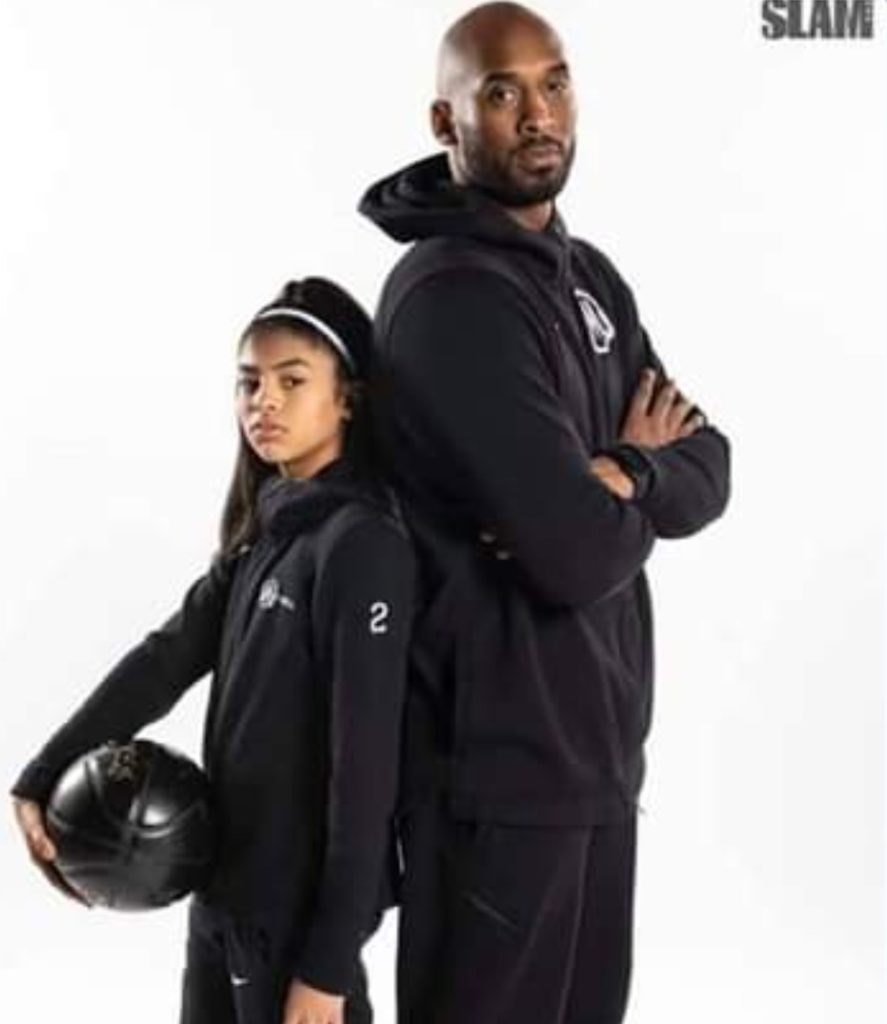 It is a very sad moment for the basketball fraternity in America and world after news circulated about the death of NBA legend Kobe Bryant, who died in a helicopter crash in California, on Sunday, sparking an outpouring of grief from fans around the world.

Bryant, 41, and his daughter Gianna, 13, were among the nine killed when the aircraft crashed in Calabasas.

There were no survivors from Sunday’s crash which happened in foggy weather.
Bryant, a five-time NBA champion, played for the LA Lakers throughout his career and is considered one of the greatest players in the game’s history.

Tributes from celebrities and fellow sports stars have been pouring in, many expressing shock at his sudden death. Moments of silence have been observed at basketball games across the US.

World sport stars and celebrities pay tributeKobe Bryant’s career in numbersFans gathered at a makeshift memorial for Bryant in front of the Los Angeles Lakers’ stadium at the Staples Center on Sunday, laying flowers and basketballs in memory of the star.

And there have been public acts of mourning as far away as the Philippines, where a new basketball hall named after Bryant opened just hours before his death .

The NBA issued a statement saying it was “devastated by the tragic passing of Kobe Bryant and his daughter, Gianna”.

“For 20 seasons, Kobe showed us what is possible when remarkable talent blends with an absolute devotion to winning,” it said.
What do we know about the crash?Sheriff Alex Villanueva said the helicopter’s manifest indicated that nine people were on board when it crashed, raising the number from five in earlier statements by officials.

Coroners have not officially named the victims. But family members and colleagues said John Altobelli, coach of the Orange Coast College basketball team, was among the passengers , along with his wife Keri and their 13-year-old daughter Alyssa – who played with Bryant’s daughter, Gianna.

Christina Mauser, a basketball coach at Gianna’s school, was also on board, her husband wrote on Facebook.
In a statement on Sunday afternoon, the City of Calabasas said it heard the news “with great sadness.”

“The aircraft went down in a remote field off Las Virgenes around 10:00 this morning. Nobody on the ground was hurt,” it added.
Investigators are still trying to find out the cause of the crash. But conditions were foggy, and local police had grounded their helicopters due to the poor weather.

Kurt Deetz, who has flown helicopters carrying Bryant in the past, told the Los Angeles Times that weather was a more likely cause of the accident than a mechanical issue .
“The likelihood of a catastrophic twin engine failure on that aircraft – it just doesn’t happen,” he said.

“It wasn’t exactly like an explosion sound but it was like a loud boom. It sounded like a helicopter, but it sounded like a jet, like it was loud, so I went inside and told my dad what was happening. So when I came out I saw smoke on the hill but it wasn’t like a big, black cloud of smoke, it was just grey,” he said.

Other eyewitnesses told celebrity news site TMZ they heard the helicopter’s engine sputtering before it went down.
The LA County Sheriff’s Department shared pictures from the scene of the accident, showing a fire truck and smoke emerging from the hills.

The National Transportation Safety Board identified the crashed helicopter as a Sikorsky S-76B and said it was sending a team to investigate the crash.

Officers closed roads in the area to stop people trying to get to the crash site.
Bryant was known for taking his helicopter to beat traffic in Los Angeles.

Why was Kobe Bryant so famous?Bryant played his entire 20-year career with the Los Angeles Lakers. He retired in April 2016.
His achievements include being the 2008 NBA Most Valuable Player (MVP) and two-time NBA Finals MVP. He was also NBA scoring champion twice and a two-time Olympic champion.

He famously scored 81 points against the Toronto Raptors in 2006, the second-highest single-game total in NBA history.
He also won an Oscar for best short animated film in 2018 for Dear Basketball, a five-minute film based on a love letter to the sport he had written in 2015.

Sex ScandalBryant was accused of sexual assault in 2003 by a 19-year-old woman working at a Colorado resort. He denied the allegation, saying the two had consensual sex. The case was dropped after the accuser refused to testify in court.

He later apologised, saying he recognised that “she did not and does not view this incident the same way I did.” A subsequent civil suit was settled out of court.