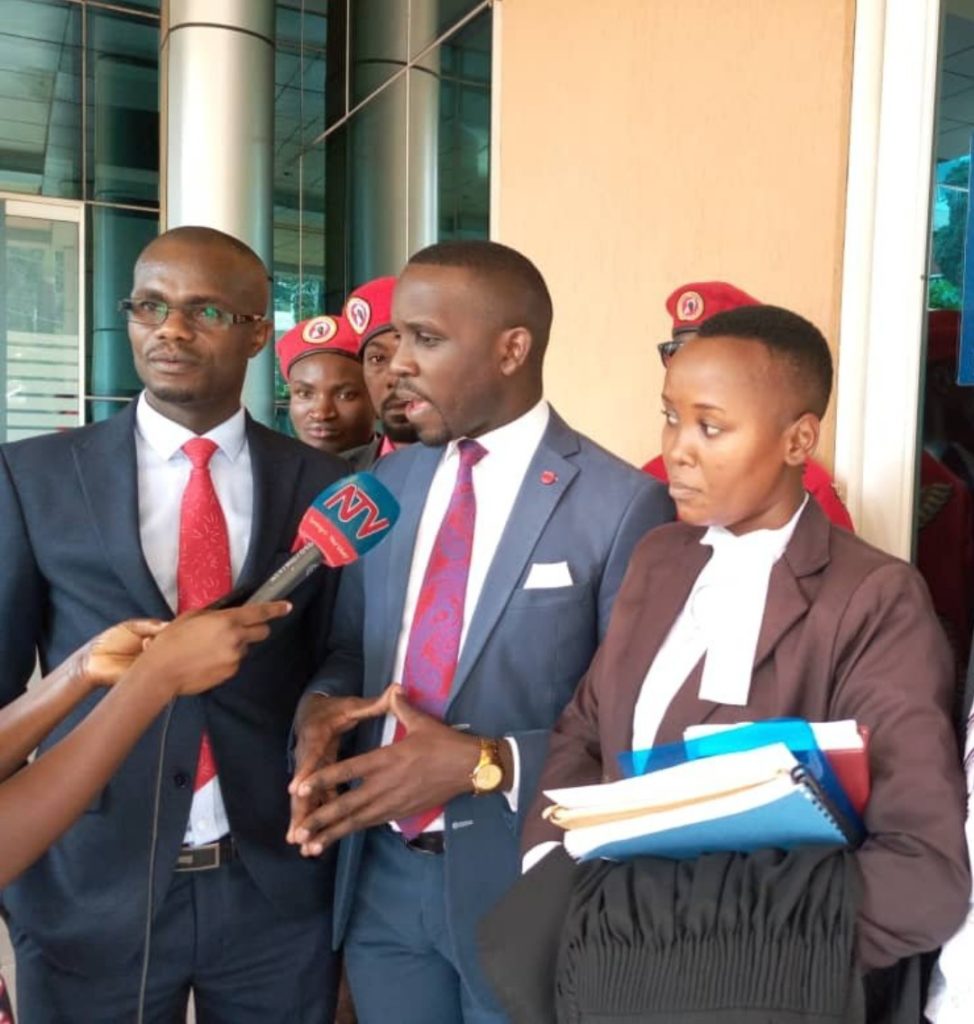 Joel Ssenyonyi, the Spokesperson of People Power pressure group, which is  led by Kyadondo East Member of Parliament Robert Kyagulanyi aka Bobi Wine, has revealed that government plans to ban People Power.

Ssenyonyi revealed this Tuesday shortly after attending a court case in which some  people claim that People Power is their patent name and that  Bobi Wine, Ssenyonyi and his group infringed on their patent, which is already a registered Nongovernmental Organisation.

After attending hearing of the case in court Ssenyonyi told the media thus;

“Earlier today at the Constitutional Court in a case where Bobi Wine & myself were sued over People Power. It is clear government wants to ban People Power, but that’s a waste of time bse People Power is in our hearts. We want a better country & nothing will stop our push for that.”

However, Bobi Wine scooped was not able to attend court since he is currently in South Africa where he went to meet People Power supporters.

Dr Kiiza Besigye,  Bobi Wine and Joel Ssenyonyi were sued  by a concerned citizen a few months back for heading unregistered political organisations.

The case filed in the Constitutional Court on July 26, claims the duo are violating Article 72 [2] of the constitution; a reserve of only registered political parties.

Adens Rutaro Ntare, in his petition filed before the Constitutional Court accuses Bobi Wine of running a self-styled political organisation with three names of ‘People Power Movement’, ‘People Power-Uganda’ and ‘People Power’, which he uses interchangeably and that he has gone ahead to appoint regional coordinators which is a reserve of duly registered political parties.

The petitioner further accuses Dr Besigye of establishing, running and mobilising political activities with national structures under ‘People’s Government’ in contravention of the provisions of the Constitution.

The chief legal adviser of government [The attorney General],  was also jointly sued on grounds that he failed to halt such ‘unlawful organisations from continuing their operations in Uganda.