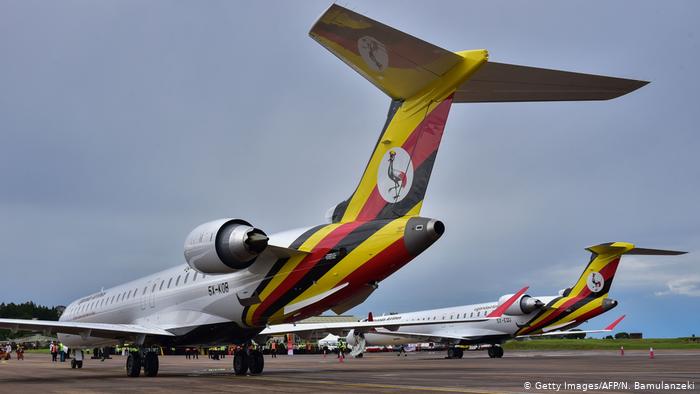 The government of Uganda is set to repatriate several  Ugandans who are currently stranded in South Africa  due to the Coronavirus (COVID-19) lockdown that was announced by President Yoweri Museveni in March this year.

The revelation was made by officials from Uganda Airlines, who revealed that the national airliner will operate a charter flight from Entebbe International Airport to Johannesburg on June 25th, 2020, to evacuate Ugandans in South Africa who want to return home.

Several Ugandans are currently stranded in various countries including South Africa, China, United Kingdom, USA, United Arab Emirates and others where they were caught up by the COVID-19 lockdown in Uganda, which President Yoweri Kaguta Museveni announced in March this year.

Following the institution of the lockdown, President Museveni suspended all passenger flights at Entebbe Airport and only allowed cargo planes to land at the Airport.

He also closed several borders other Points of Entry into the country to all travellers  and announced that only trucks carrying goods would  be allowed to cross into the country.

The directive however left many Ugandans frustrated and others stranded in various countries after failing to travel home.

However, the Ministry of Health announced last week that they are finalizing preparations to repatriate several Ugandans currently stranded in the United Arab Emirates and other countries, although they will arrive in separate batches.

The Ministry has since issued guidelines for all returnees to Uganda, among them  being able to prove that they are COVID-19 free, ready to cater for their travel expenses and costs of mandatory  quarantine when they reach Uganda, to mention but a few.