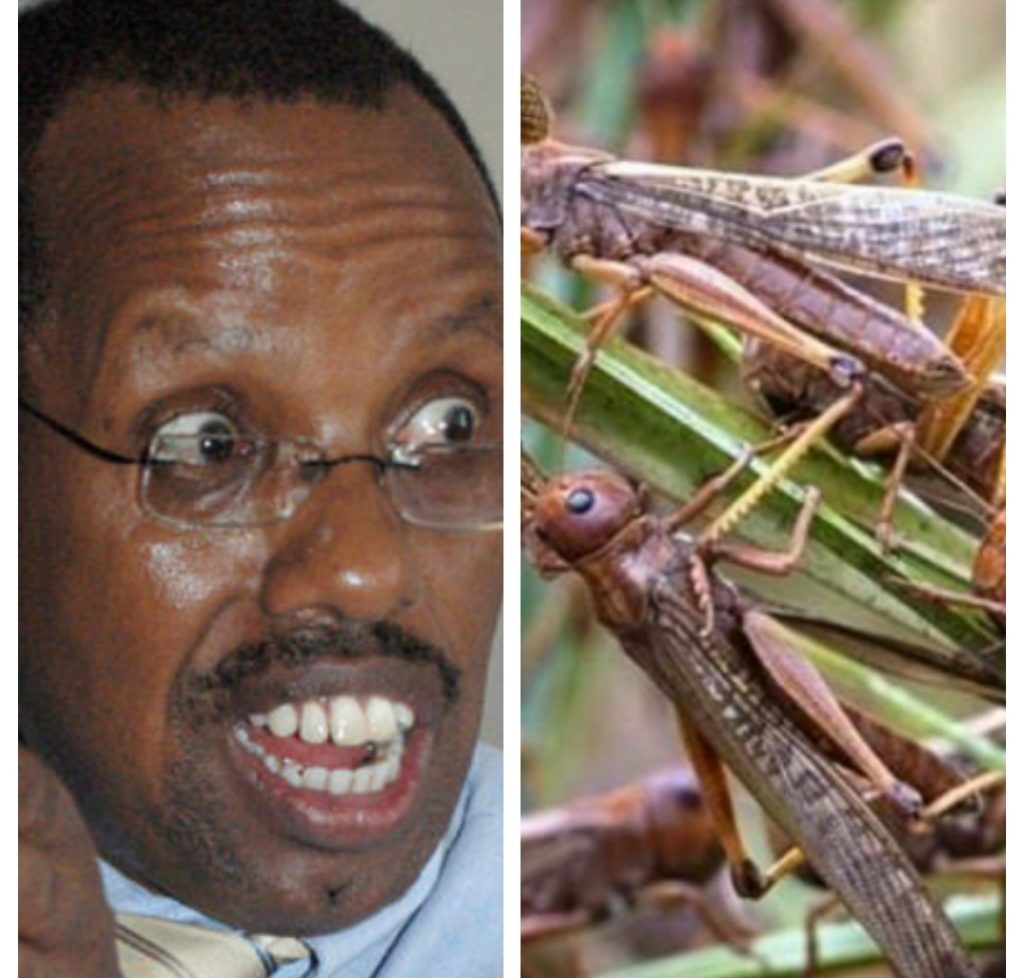 Locusts Move Closer To Uganda’s Borders
The country is headed for catastrophe after reports coming indicate that the locusts are now 500 meters away from entering Uganda.

According to environmentalists,  it is highly anticipated that by Tuesday the devastating insects will be already in Uganda, especially in areas near the borders of Uganda with Kenya.

Locusts have so far invaded countries like Somalia, Kenya, Yemen and other countries.
It should however be noted that government last week released Shs15Bn to help the ministry of Agriculture, fisheries and Animal Husbandry to fight the locust invasion.

Appearing before the committee on public accounts-central government, accountant General Lawrence Semakula said the funds are to be drawn from the Contingency Fund, just in case the destructive insects cross over from Kenya.

Together with senior officials from the Ministry of Finance, Semakula was led by Permanent Secretary in the ministry and secretary to the treasury, Keith Muhakanizi.

Muhakanizi said releasing money for the locusts is to forearm Uganda as the roving pests are ravaging parts of North Eastern and Western Kenya.

Originating from Yemen all through to the coast of Somalia, scientists believe harsh environment and the conflict in Yemen have denied the government there an opportunity to marshal efforts to contain the insects.

Kenya is using aerial insecticide spray to fight the locusts with the invasion forcing President Uhuru Kenyatta to sack Agriculture Minister, Mwangi Kiunjuri, who has been criticized for making poor attempts to fight the insects.