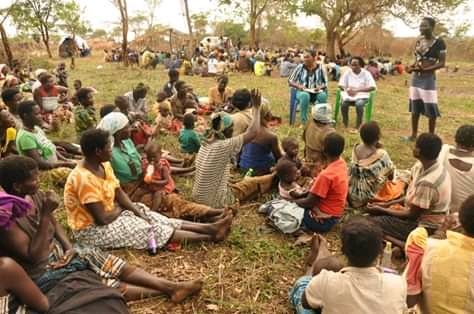 The government of Uganda has allegedly evicted over 35000 locals from their homes and land measuring about 9,300 hectares in Kiryandongo district, in a bid to pave way for farming projects.

The land has since been allocated to investors to set up agricultural projects, although no one seemingly knows the exact year when the government allegedly gave the land to investors for large scale farming.

However, the government contends that the contentious territory was empty space and unoccupied public land although residents claim they hold it under customary ownership.

When asked about the development the Resident District Commissioner (RDC), Peter Debele, said “Encroachers took advantage of the empty space to settle in the vast fertile ranches. They went there on their own without being allocated. So, government has come out and allocated the land for serious farming activities.”

Debele added that the government also directed the developers to compensate those who were found on the land. However, he did not reveal how much money was paid out as compensation.

“I am not sure if we should call it compensation, but it was goodwill,” he said.

But the evicted residents claim President Museveni allowed them to settle on the land in 2012.

So far, Agilis Partners, a US company, Great Season, a firm owned by Sudan nationals, and Kiryandongo Sugar Limited have acquired the land under leasehold.

David Isingoma, 83, who has been evicted from Kisalanda Village in Mutunda Sub-county, said he has lived in the area all his entire life.

The father of 25, who owns cattle, among other properties on his 100-acre land, said the whole village has been fenced off and all villagers ordered to leave.

Janet Akello and her family of nine said they have also lived in the area for the last 15 years.

“The land has all been dug out and we don’t have anywhere to plant our own crops for survival,” Akello said.

“The situation here is worsening each and every day. …We have been blocked from accessing water sources and I have been told that my house is going to be graded any time,” she added.

Joseph Walekula said area leaders have kept a deaf ear as residents are being evicted.

“Our rights are being violated to the extent that our women and children cannot even go and fetch water, there is no food; tractors have surrounded our homes and nobody is helping,” he said.

It should be noted that the evictions commenced last year without consent from residents, according to human rights activists.

Residents and human rights activists said tractors are currently pulling down schools, churches, banana plantations and homes. They said the evictions, which are being carried out with the help of police, do not have any court order.

So far, 14 primary schools, 20 churches and eight private health units have been demolished by the company, according to residents.

However, Wycliffe Birungi, a lawyer for Great Season, said they followed “the right procedures” in acquiring their two-square mile farmland.