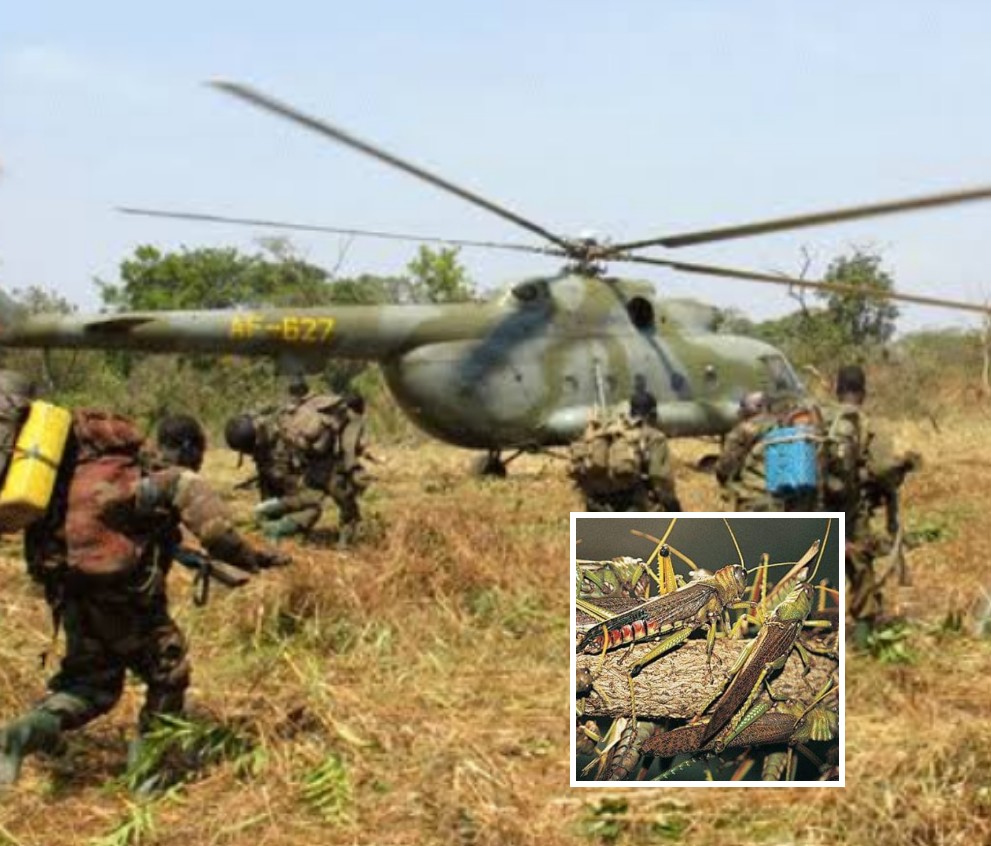 The Uganda People’s Defence Forces(UPDF) has deployed a total of 2000 troops to help in the fight against desert locusts.

The desert locusts that have in the past weeks wreaked havoc in Kenya were on Sunday afternoon confirmed to have entered Uganda through Amudat district in the north eastern part of the country.

Speaking to journalists on Monday morning, the Chief of Defence Forces,Gen.David Muhoozi, revealed that a total of 2000 troops have so far been deployed .

“We were told to martial 2000 troops but the task is huge and are looking at mobilising more than that,”Gen Muhoozi said on Monday.

He noted that the Agriculture Ministry is the lead agency in the humanitarian cause that he said needs both human and material resources.

“This is a cross government issue and when called upon we had to respond quickly.”

According to the UPDF spokesperson, Brig Richard Karemire, the 2000 troops have been undergoing training at Olilim barracks.

“The CDF has appointed the Land Forces deputy commander Maj.Gen.Sam Kavuma to head the team.Our capabilities like the helicopters will be used during the operation,”Brig.Karemire said.

He revealed that the air force has already been involved in airlifting supplies to the affected area .

When asked about the role to be played by the 2000 troops,the army spokesperson said these will be deployed according to the need.

“The technical details are being worked out by the Ministry of Agriculture. The technical persons in the ministry will take advantage of the troops in a way they feel will be useful,”Brig.Karemire said.

Martin Owor, the commissioner in charge of disaster management in the Office of the Prime Minister said the Agriculture ministry is also rapidly delivering to Karamoja 100 back held motorized spray pumps and 200 manual hand spray pumps. He added that more pumps shall be procured.

“Two hired air spray planes will be in Moroto as soon as possible,” he noted.