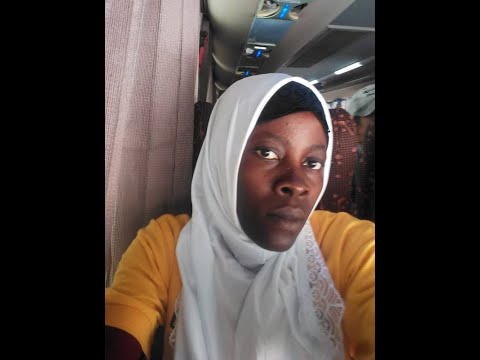 Kyotalimye Joan Agnes, the lady who recently sent out an audio message asking to be rescued from a Saudi Arabian hospital, has today returned to the country under the facilitation of the Government.

According to the Permanent Secretary Ministry of Gender, Labour and Social Development, Aggrey David Kibenge, Kyotalimye returned aboard an Ethiopian Airways flight that touched the tarmac at Entebbe International Airport at around 10:35am.

“As we had informed the country earlier, Kyotalimye today returned to the country from Saudi Arabia and we shall be conducting a few procedures to establish what was actually happening to her when she sent out a distress call,” Kibenge noted, adding that more information would be shared in the due course.

He commended the Ugandan Embassy in Saudi Arabia for taking charge of the process and ensuring that Kyotalimye was secured up to when she arrived back this morning.

“The Mission has closely followed up the case and we want to thank them for all the efforts that have yielded good results,” Kibenge said.

The Ministry of Gender, Labour and Social Development has been working together with various partners to secure Kyotalimye ever since her audio went viral four weeks back.

Kyotalimye said she hailed from Mayirikiti village, Nkokonjeru and was externalized as a Domestic Worker in Dammam, Saudi Arabia through Alaska International Limited.

In the recording, she said her employer had checked her into Dammam Medical Complex where she was placed into isolation and started on medication for an illness unknown to her. She also expressed concern that medical documents she had seen showed that she was scheduled for surgery “upon recovery”.

She faulted Alaska International Limited and her deploying firm in Saudi Arabia for not responding to her calls for rescue.

Upon learning of the audio, the Ministry of Gender, Labour and Social Development through its responsibility over officially externalized Ugandans commenced consultations with sister agencies, including the Ugandan Embassy in Riyadh, Saudi Arabia.

The Embassy issued a communication recently which stated that Kyotalimye was found to have Tuberculosis when she was taken to Dammam Medical Complex for a medical fitness test as a standard procedure for her to acquire the residence permit.

“At this routine test, it was discovered that Kyotalimye had a wound on her leg and an infection in her lungs. This called for further tests to ascertain the infection and prescribe the necessary treatment,” the Embassy noted.

When medical samples taken from her were tested, it was established that she was positive for tuberculosis. She was then returned to the hospital and isolated as a standard operating procedure for patients presenting with communicable diseases such as Tuberculosis.

The hospital recommended that she gets treatment while under isolation until when she would be in position to get a final exit visa to return to Uganda and continue treatment from here.

However, through all this process, Kyotalimye was not convinced that she was sick of Tuberculosis as evidenced in her numerous audio messages she sent out.
A thorough medical examination was proposed to be done on Kyotalimye upon return to rule out any misconceptions.