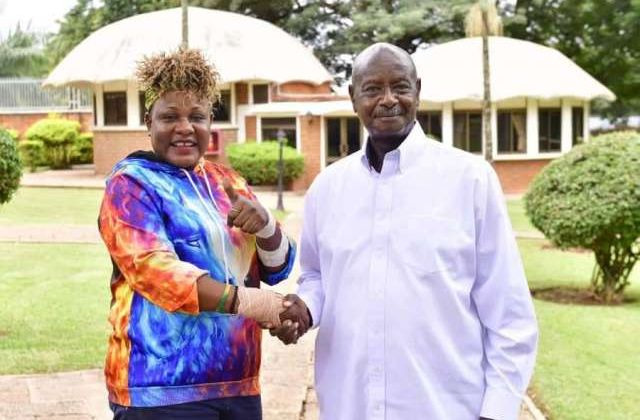 President Museveni recently embarked on the campaign of meeting entertainers.

The singer who snubbed the political pressure group after being left out in the shadow government now says Museveni is the best president Uganda has ever had.

“Museveni is the best president Uganda has ever had. He has done wonderful things but people don’t appreciate him,” Full Figure said shortly after meeting the president.