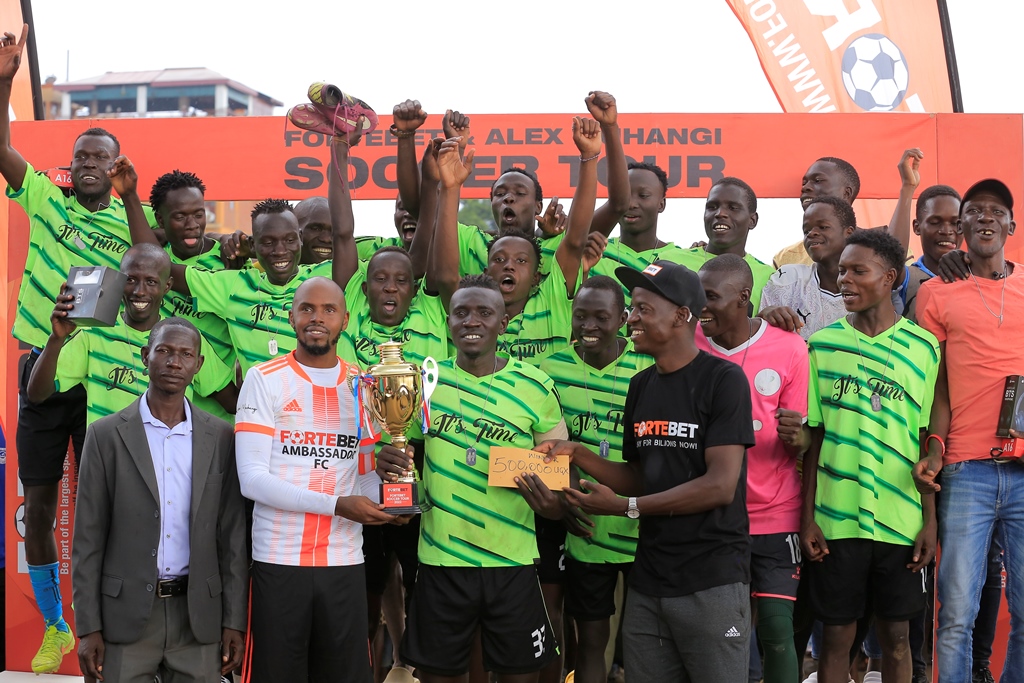 For many years to come, Fortebet clients in Arua City will remember last weekend’s jaw dropping and thrilling soccer gala, thanks to Fortebet and Alex Muhangi.
The tour was organized by Fortebet in conjunction with the company brand ambassador, Muhangi, aimed at coming together with the city’s clients, branch operators and administrators.
The tour started with a give back to the community, specifically giving out mama kits to Oli health Centre. The kits were handed over by Muhangi and the media manager, John Nanyumba.
Fortebet and Muhangi then proceeded to Arua Public Primary School playground where the soccer battle took place. Seven teams representing the 7 Fortebet branches then battled out in knockout encounters until the victors, Arua Main Branch emerged.
The victors took on Muhangi’s team, win a match that excited watchers.
These victors were prized with 500,000/=, footballs and club jerseys. The second placed team was also prized with 300,000/=, balls and jerseys while the other teams were given 100,00/=, jerseys and balls. The best individual players were also awarded gifts like phones and headsets.