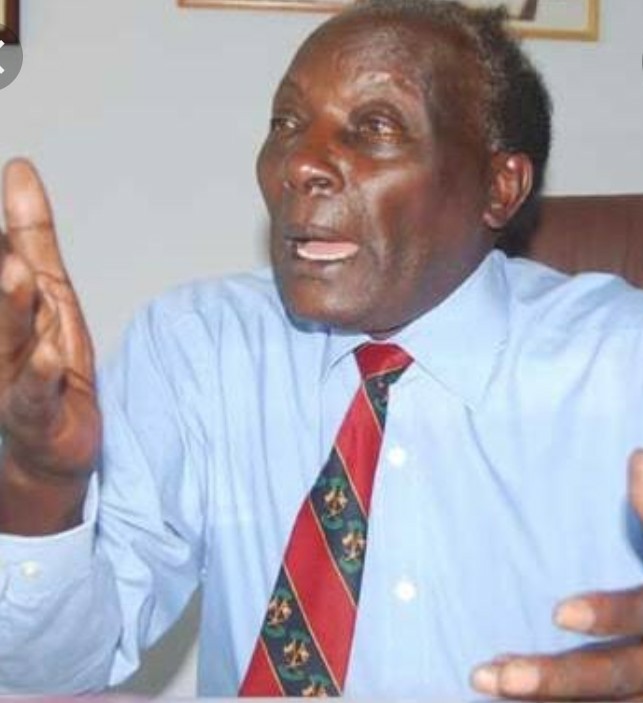 Prof.Kanyeihamba passed away at a city health facility according to family sources.Although it is not yet clear what killed Prof. Kanyeihamba, family sources reveal that he succumbed to a longtime bout of cancer.

Kanyeihamba did not have kind words for government especially ever since armed raided the High Court and rearrested treason suspects  that had been granted bail.

Kanyeihamba was appointed a member of the Supreme Court of Uganda in 1997 and retired in November 2009.

Previously, he served as minister of commerce, minister of justice, and attorney general, all in President Yoweri Museveni’s administration.

He held a Ph.D. in law from the University of Warwick and in 2008, Warwick awarded him an honorary LLD.

Prof. Kanyeihamba was one of the three supreme court justices who ruled that the election of president Yoweri Kaguta Museveni in 2011 was fraudulent enough to be nullified.

He later lost his post as judge of the African court of justice and commentators believe that his stand in that election petition cost him his job.

He also became  very critical of the government of Uganda when armed men invaded the premises of The High Court of Uganda to rearrest treason suspects that had been released on bail by the court.

The Constitutional Court later ruled that the invasion of the court premises was unconstitutional.

By the time of death Prof. Kanyeihamba was a very disgruntled man,  who accused top government officials of blocking his pension and other emoluments worth several millions of shillings.