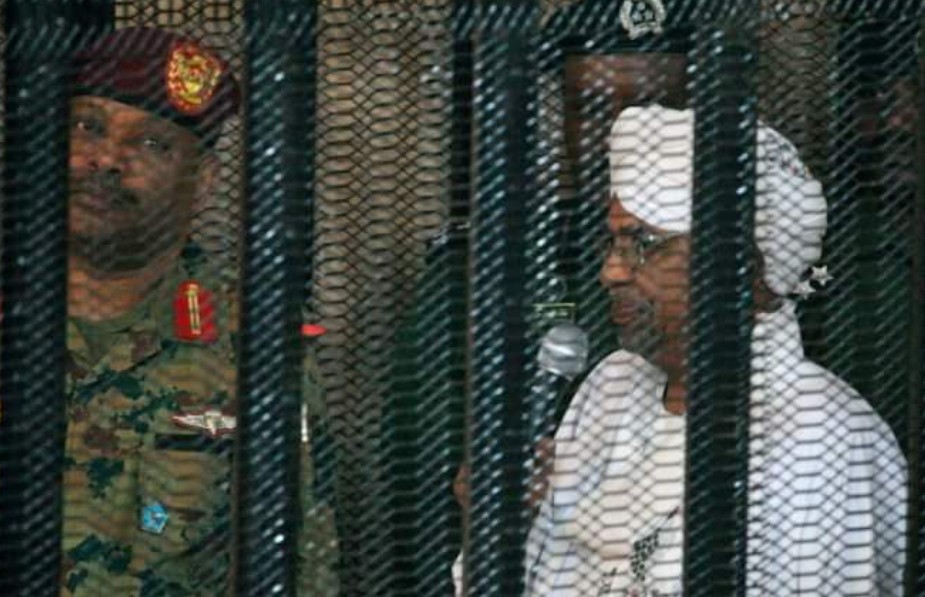 A court in Sudan convicted former President Omar al-Bashir of money laundering and corruption on Saturday, sentencing him to two years in prison.

That’s the first verdict in a series of legal proceedings against al-Bashir, who is also wanted by the International Criminal Court on charges of war crimes and genocide linked to the Darfur conflict in the 2000s.

During that time, Sudan landed on the U.S list for sponsoring terrorism, and the economy has been battered by years of mismanagement and American sanctions.

Before the verdict was read, supporters of al-Bashir briefly disrupted the proceedings and were pushed out of the courtroom by security forces.

Al-Bashir, 75, has been in custody since April, when Sudan’s military stepped in and removed him from power after months of nationwide protests. The uprising eventually forced the military into a power-sharing agreement with civilians.

The former president was charged earlier this year with money laundering, after millions of U.S dollars, Euros and Sudanese pounds were seized in his home shortly after his ouster.

The Sudanese military has said it would not extradite him to the ICC. The country’s military-civilian transitional government has so far not indicated whether they will hand him over to the Hague based ICC or not.

The corruption trial is separate from charges against al-Bashir regarding the killing of protesters during the uprising.

Anti-government demonstrations initially erupted last December over steep price rises and shortages, but soon shifted to calls for al-Bashir to step down.

Security forces responded with a fierce crackdown that killed dozens of protesters in the months prior his ouster.