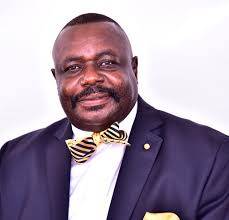 The Speaker was first hospitalised at Mulago hospital and later at Nakasero Hospital before he was flown to the US. Earlier, he had been to Dubai where he underwent a surgical operation.
Government has said it will issue an official statement about the burial arrangements of Speaker of Parliament Jacob Oulanyah on Tuesday 22 march 2022
The minister for Presidency, Ms Milly Babalanda, tweeted on Sunday that the government will take charge of the Speaker’s burial arrangements.

“Fellow Ugandans, it’s most unfortunate to lose our speaker. I commiserate with all Ugandans and Africa at large,” Ms Babalanda said. President Museveni on Sunday broke the news of the death of Mr Oulanyah, who had been hospitalised in Seatle, USA. We did everything humanly possible to save Jacob- Deputy Speaker Among. Condolence messages then started pouring in, several of which were praising the deceased for his outstanding contribution as Speaker and deputy Speaker. Former speaker kadaga also applauds Oulanyah, Uganda and NRM have lost a key leader
The minister for ICT and National Guidance, Dr Chris Baryomunsi, said the government is scheduled to convene a meeting with Oulanyah’s family to discuss preparations for returning the body from the US.

“We have to accord the speaker a decent burial. We urge fellow countrymen and women to continue praying for the members of the deceased’s family,” he said.

He said the deceased had been unwell for some time and had been to several hospitals.

The minister said the Speaker was first hospitalised at Mulago hospital and later at Nakasero Hospital before he was flown to the US. Earlier, he had been to Dubai where he underwent a surgical operation.

“He has been sick and the doctors and health workers have been attending to him but as to the cause of death, I think we shall wait for a postmortem report from the doctors who have been attending to him,” he said.
At a personal level, Dr Baryomunsi said they pursued university education together when he did medicine and the deceased pursued agricultural economics. At the time, the minister said DP president Norbert Mao was guild president and Oulanyah the guild speaker.

“Since then, we have known each other and got closer when we all joined Parliament. When he was deputy Speaker, I was also Parliament commissioner and we worked closely,” he said.

“…It is unfortunate that he has died at a tender age,” he said.

Ms Anita Among, the deputy Speaker of Parliament, could barely contain herself yesterday while addressing media at Parliament following the demise of her boss.

In her tribute, Ms Among said everything was done to save his life but all was in vain.

“We did everything humanly possible to ensure that our brother gets the best treatment in this country, but, God’s timing is never our timing,” Ms Among said.

Speaker Oulanyah is responding to treatment, says his deputy Anita Among