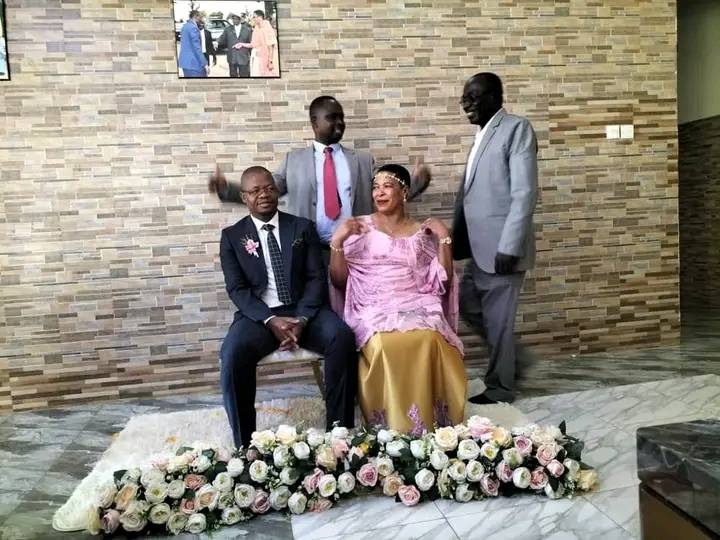 Speaker of Uganda’s Parliament* Anita Annet Among and Federation of Uganda Football Associations (Fufa) president Moses Hassim Magogo are said to have moved a step further in as far as making their relationship formal is concerned.*
After reportedly dating for many months and appearing on even together, Magogo, who is also the Member of Parliament for Budiope East as well as the Chairperson of the ICT Committee of Parliament, chose to visit the home of Uganda’s head of legislative assembly so that the duo can enjoy themselves in peace.
Magogo and his family are said to have visited Among’s family in Bukedea District at the weekend, making it clear that the Fufa boss was interested in making the Bukedea District Woman MP his official wife.
Reports indicate that Magogo and his people dug deep into their pockets to secure 50 good cows and about 30 goats which they are said to have paid as dowry in line with the cultural requirements on traditional marriages.
The event in Bukedea was kept as a top and well guarded secret, with the traditional marriage ceremony attended by a select few powerful friends of the two people. But a photo from the event has leaked online, giving Ugandans clues on the marriage.
It should be remembered that in November 2021, while she was still the deputy speaker Among penned a lovely message to Magogo, making Ugandans realize that the duo’s love was in the air.
Among is not the only powerful woman in Museveni’s government who has recently got married. Vice President Maj Gen (Rtd) Jessica Alupo recently paraded her new ‘Munyankore’ husband after divorcing her first man.