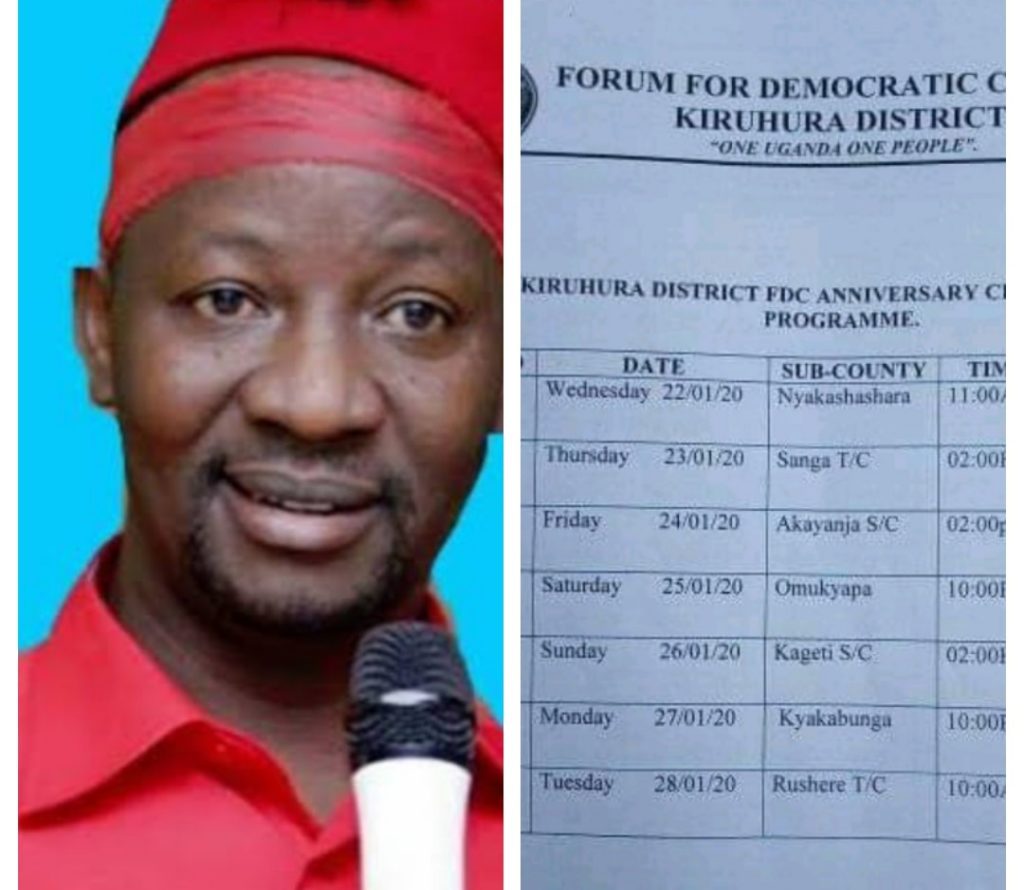 The Forum for Democratic Change (FDC) has rolled a programme for celebration of the Party’s 15th Anniversary across the country.

While commenting about the programme that will be covering different parts of the country on a given day, Edward Assimwe Councillor, a staunch FDC supporter wrote thus on Facebook;

“We have already rolled out our Forum For Democratic Change  FDC 15 years anniversary programs in some parts of Kiruhura district and  I confirm that with or without Uganda Police Force authority the program’s will go on.#DoubleActionYear”

In December 2020 the FDC marked their 15th anniversary at Mandela National Stadium Namboole, Kampala and now they want to take the celebrations upcountry.

The event according to the party spokesperson who also doubles as Kiira Municipality MP, Ssemujju Nganda, aims at helping reinvigorate its members ahead of the anticipated 2021 general elections.

FDC was founded as a merger of various pressure groups has established itself at the centre of the pro-democracy fight in Uganda, and its first leader Col Kizza Besigye is still one of Uganda’s leading opposition figures.