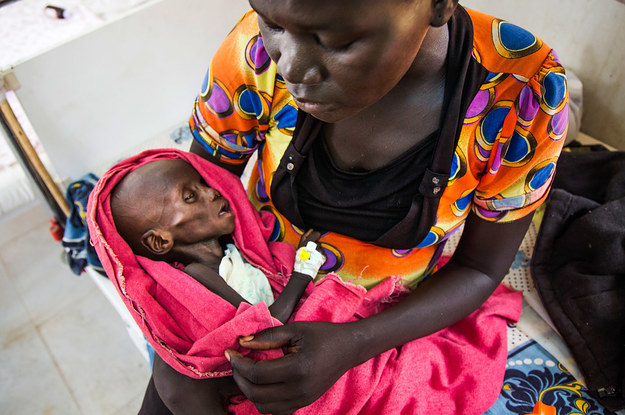 Severe famine threatens the lives of up to 5.5 million people in South Sudan, where droughts and flooding have destroyed crops and livestock and the situation has been worsened by compounding “intense political instability”, the United Nations warned on Thursday.

The UN’s World Food Programme (WFP) said it needed $270 million urgently to provide food to hungry South Sudanese in the first half of 2020 and avert mass starvation in the country.

“Every factor is in place for there to be famine in 2020 unless we take immediate action to expand our deliveries in areas affected by floods and other areas affected by food loss,” Matthew Hollingworth, WFP country director, told Reuters.

“We need to pre-position food around the country in the next two to three months,” he said, noting that road access to many remote communities would be impossible after the rainy season sets in.

The government declared a state of emergency in late October in Bahr El Ghazal, Greater Upper Nile and Greater Equatoria after months of flooding, WFP said in a statement.

Nearly 1 million people are directly affected by the floods and the waters have not receded in many places, it said.

“The scale of the loss from the harvest is enormous,” Hollingworth said, speaking by telephone from Juba.

Fields with 73,000 tonnes of sorghum, millet and corn have been lost as well as tens of thousands of cattle, chickens and goats on which families depended for survival, he said.

Acute malnutrition rates in children under the age of five have risen from 13 per cent in 2018 to 16 per cent this year, Hollingworth said, adding: “They have gone above the global emergency threshold of 15 per cent.”