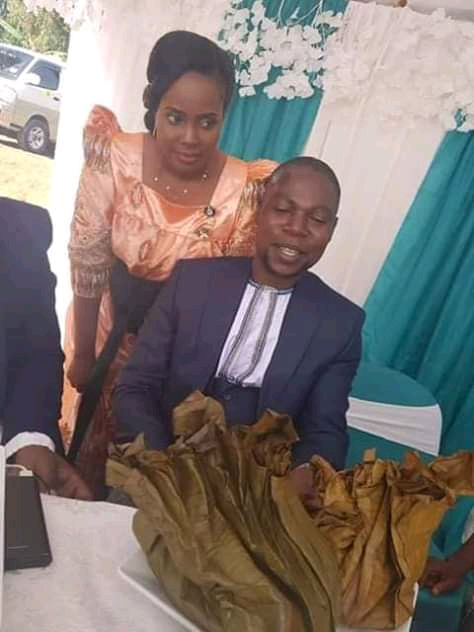 Do you remember Martin Juuko, the city businessman who beat his cheating lover senseless and later posted  her pictures on Facebook?

You would expect that probably after being battered by her extremely jealous husband Prince Juuko for allegedly sleeping around with men, Brenda Namuyomba would report her man to Police and open up a domestic violence case against him; but none of that has happened. Instead the couple is in so much love that they held a massive Kwanjula over the weekend.

Namuyomba did not have his hubby arrested and thrown behind bars. She over the weekend introduced him to her parents and they are getting married a few months from now! Love is blind for real!

She has however left many fellow women and human rights activists seething with anger,  wondering why she would stoop so low and how she expects the police to handle cases of domestic violence when victims like her turn around and consort with the abusers.

Juuko made headlines last month after he brutalized Namuyomba severely, accusing her of turning the shop he opened up for her in Kampala into a sex shop of sorts, where she was hooking up with men for bonkfests and linking city babes to guys who wanted sex without strings attached.

However, her friends, relatives and well-wishers are shocked that she is showering the man who nearly killed her a few weeks ago with romance.

It should be noted that cases of domestic violence are in the increase nowadays but authorities, especially the police, always find themselves in dilemma especially after the victim siding with the abuser, which makes it difficult to follow the course of justice.