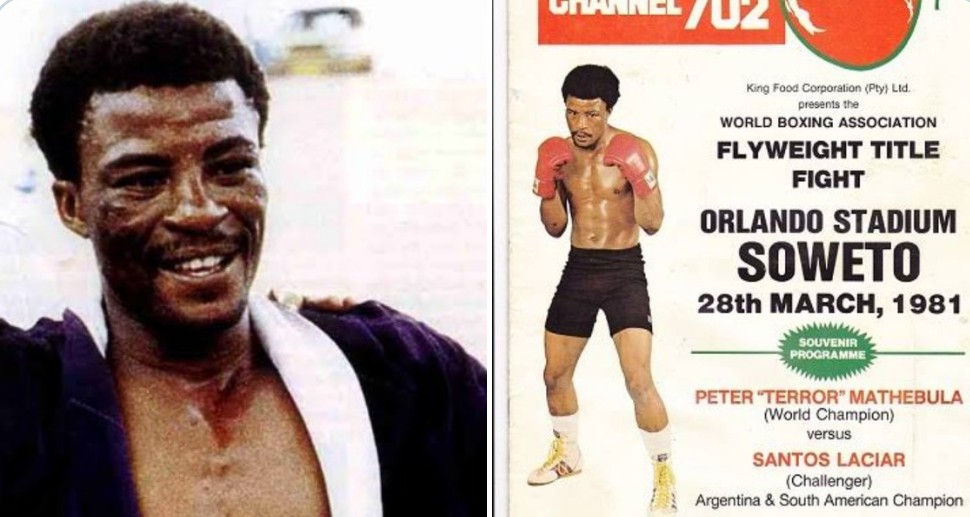 Peter Mathebula, who was the first black South African to win a world boxing title, has died at the age of 67.

Mathebula made history in 1980 when he beat fellow flyweight Tae-Shik Kim of South Korea at the World Boxing Association title fight in Los Angeles.

His fearsome skill inside the ring earned him the nickname “Terror”.

Mathebula had been “in and out of hospital before deteriorating”, his sister Dianah Tlhale told the media . He died at Leratong Hospital on Saturday night.

As a child growing in South Africa’s North West province, Mathebula initially wanted to become a professional footballer, but it is said that he began boxing at the age of nine instead, before having his first amateur fight aged 19 .

Once he turned professional his main rival was Joe Ngidi, who won the national flyweight title in 1975, which became Mathebula’s first major title when he triumphed over Ngidi the following year.

His world title victory in 1980 was undoubtedly the proudest moment of his career, earning him fans across South Africa at the height of apartheid.

It had only been three years since segregation rules banning white and black boxers from competing against one another were lifted.
“I thought I was dreaming,” he told the Sowetan newspaper years after his win . “I nearly collapsed with joy.”

He retired from boxing three years later aged 31, and went on to coach aspiring boxers close to where he grew up.