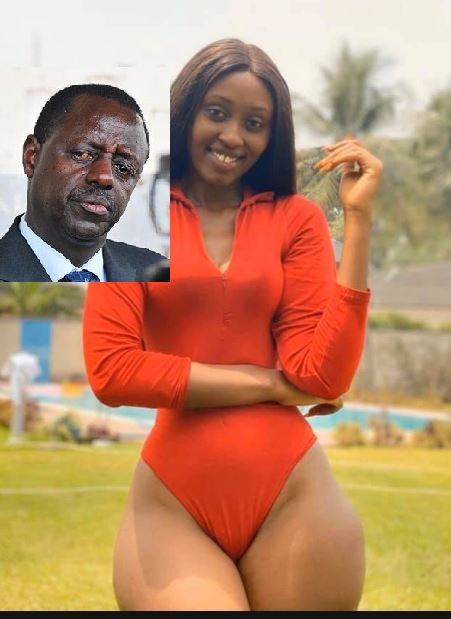 Celebrated model and radio personality Jenny Nasasira, daughter of former minister Eng. John Nasasira seems to be on a mission to cause scrotal eruptions in Kampala.

This comes after Jenny, who works with one of the local radio stations, recently posed for a very sleazy photo shoot, in which she flaunts very humongous Sumbi, which is bulging in a puffy manner.

Dressed on an orange swimsuit, Jenny is seen in the snaps cutting very daring poses as she parades the Mouthwatering bulge that is the custodian of her River Between!

Jenny’s father John Nwoono Nasasira is a Ugandan engineer and politician. He was the Minister of Information and Communication Technology in the Cabinet of Uganda, but resigned as a Member of Parliament in August 2016, citing “ill health.”

Earlier, from 1996 until 2011, he had served as the Minister of Works and Transportation. He also represented Kazo County, Kiruhura District in the Parliament, a position he occupied continuously since 1989 until his resignation in 2016.