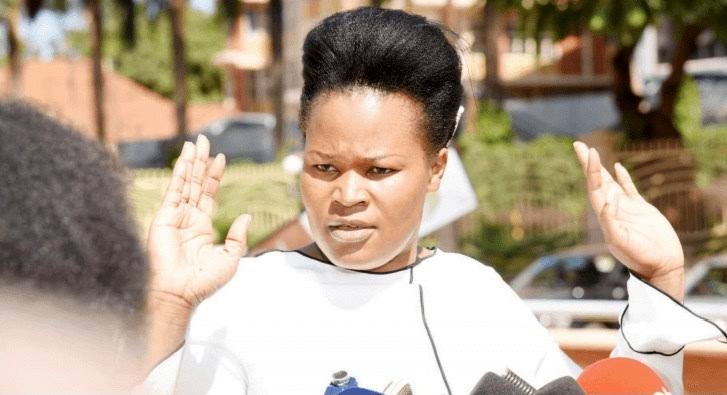 Kayunga District Woman Member of Parliament Idah Erios Nantaba, the former state minister for Information and Communication Technology (ICT), who was dropped in the recent reshuffle, seems to be disgruntled and likely to defect to the Opposition.

This comes after our Moles at Parliament revealing that Nantaba, who has been sitting on the ruling National Resistance Movement (NRM) Party side since her election to Parliament, on Tuesday, shocked fellow MPs especially those on the NRM side, when she chose to sit on the Opposition side.

Nantaba’s unexpected move is already getting fellow MPs murmuring about whether she is crossing over to the opposition or not.

Reports indicate that after she was dropped by President Yoweri Museveni as state minister for Information Communication Technology (ICT), Nantaba became very disgruntled after he efforts to convince the President to give her another job landed on deaf ears.

It should be noted that after being dropped from cabinet, Nantaba’s diplomatic immunity and status were waived and her financial muscle greatly weakened.

Now political pundits contend that she could be playing the defection card such that the President can succumb to her threats of joining the opposition such that he can curtail the same by giving her another government job.

However, Nantaba is yet to speak out on why she decided to join the opposition in Parliament.

Troubled Nantaba is currently facing murder charges together with four policemen following the brutal execution of Ronald Ssebulime, who who shot dead by policemen last year, after Nantaba allegedly made a false alarm, claiming he wanted to kill her.